Digimon Survive presents Agumon and the rest of the characters

Almost four years have passed since the official announcement of Digimon Survivean adaptation that has been delayed several times (the last marking a wide release window that covers all of 2022), and finally those responsible for the project have shared new information about this long-awaited title: during the last Digimon Con we could see a new trailer focused on the characters of the video game, but in which gameplay scenes were also shown, and now that video It comes to us with subtitles in Spanish along with new information shared by Kazumasa Habu, producer of the project.

In this new trailer a review of the characters with whom we can interact during the adventure of Digimon Survive, both humans and creatures of the Digital World. Below you can see the trailer subtitled in Spanish, indicating both the name of each of the characters and the dubbing actors who will voice them in the original version of the game.

As we said, this trailer comes to complement the new information that the producer of Digimon Survive, kazumasa habu, I shared during the event focused on the saga. In the broadcast I commented that this video game have an adult tone and be focused on regular people in the middle, also trying to delve into darker topics than what we are used to seeing in the universe Digimon.

At the playable level we can expect a mix between visual novel Japanese style and tactical turn-based combat in which we will face enemies by moving our Digimon through a kind of board or diorama. That yes, this strategic facet seems that it will have less weight in the set, where the part of visual novel: we will be more time reading than fightingso to speak, although outside the confrontations there will also be other types of interactions such as exploring the backgrounds or deciding who we want to talk to. 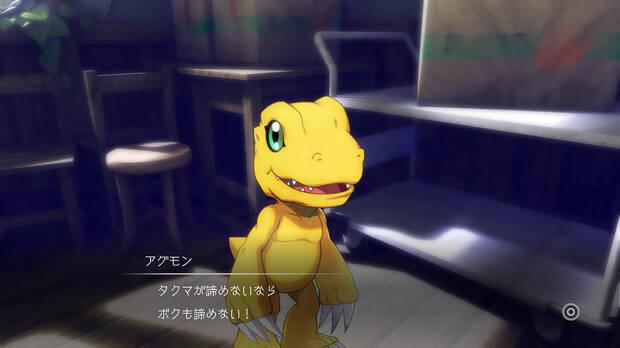 In terms of length of content, we can expect that Digimon Survive have 113 playable creatures that we will find throughout its 12 chapters, which in turn will be divided into three different routes when we reach the eighth. To complete one of these routes we will have to play about 40 hourswhile to see all the content, an approximate duration between 80 and 100 hours of play is expected.

Digimon Survive arrive this year to PS4, Xbox One, PC and Nintendo Switch.

‘The Batman’ maintains a Spanish box office that, although falling, is still above 5 million

Migration to the cloud in Public Administration

Migration to the cloud in Public Administration