Nintendo filed a patent earlier this year for what appears

Nintendo is one of those companies that have an eternal commitment to the innovation in the world of video games, something that has been evident in recent years with its video consoles, each one designed to offer a fresh and unique experience such as the stereoscopic 3D effect on Nintendo 3DS or the hybrid format on Nintendo Switch. Related to this same topic, a Twitter user has discovered a patent made during the month of July of last year that seems to be an attempt by the Japanese company to launch a new controller on the market (goes Nintendo Life).

One of the most striking details of this discovery is that, although the patent was made in July 2021, this It was officially published in January of this year.. Although we have some images as a concept of this control prototype, the truth is that the information that is known is somewhat scarce.

We leave you with the official description of the patent: “A controller that includes: a casing and an internal structural body housed within the casing. The internal structural body includes at least: an internal frame having an installation surface and a recess adjacent to the installation surface; a battery that is housed in the recess in the inner frame and has a first surface that opposes a lower surface of the recess and a second surface on a side opposite that of the first surface; and a flexible substrate that is installed on the inner frame installation surface and includes a conductive pattern. The flexible substrate is arranged to cover at least a portion of the second surface of the battery housed in the recess.” As with all patents, it may not become an actual product. 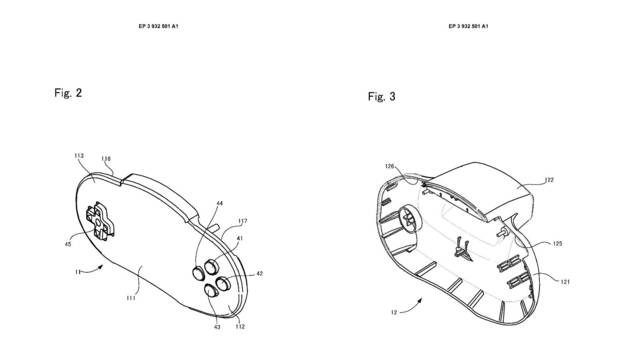