War in Ukraine: Russia assures that the images of the Bucha massacre are a montage | International

War in Ukraine Russia assures that the images of the

War in Ukraine: Russia assures that the images of the Bucha massacre are a montage | International
is the headline of the news that the author of WTM News has collected this article. Stay tuned to WTM News to stay up to date with the latest news on this topic. We ask you to follow us on social networks. 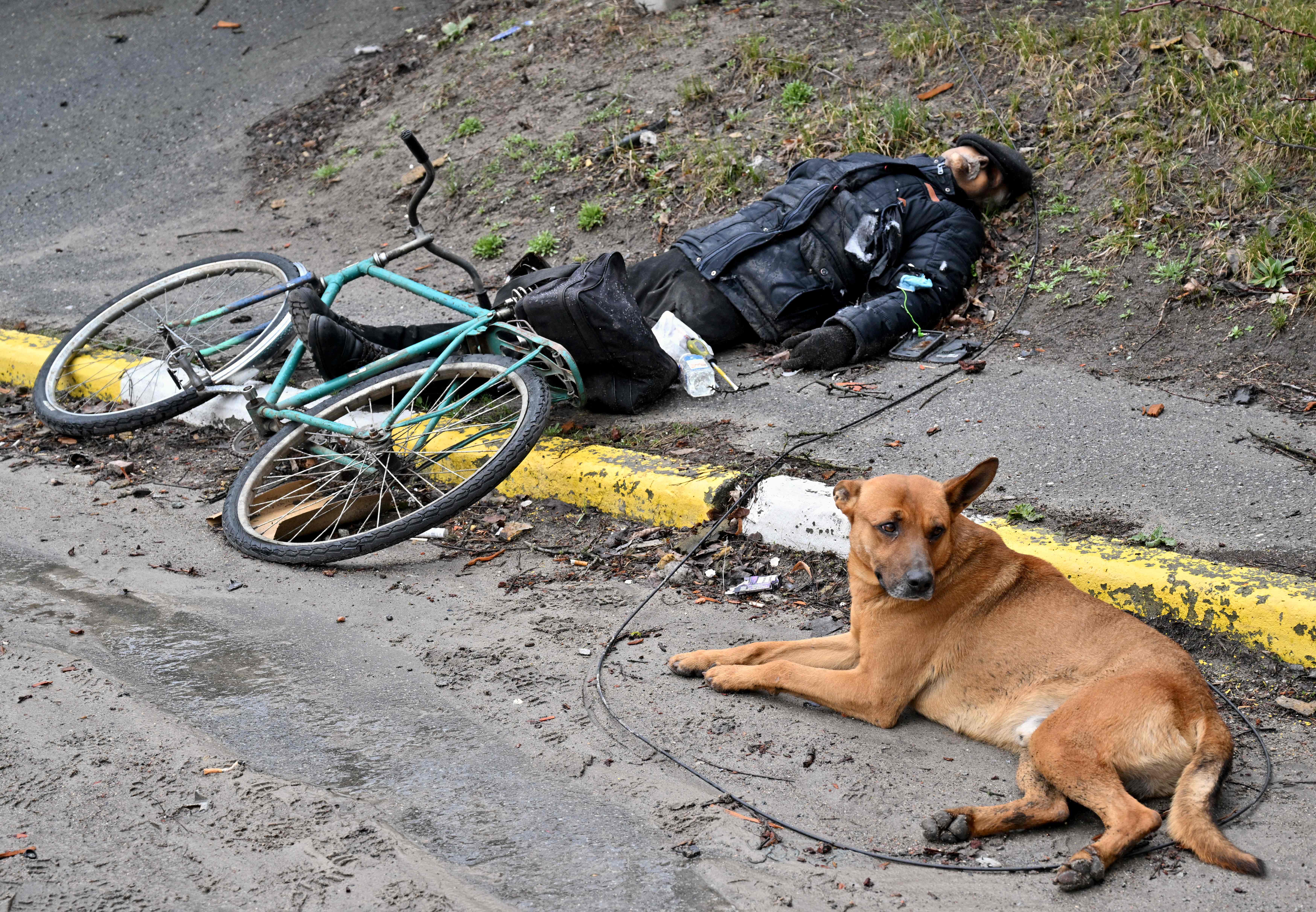 The only response from the Russian authorities to the dozens of images of civilians killed in Bucha is that they have been “staged”. “Mijaílo Podoliak (the head of the Ukrainian negotiators) has shown these staged shots as an excuse to request weapons from Western countries,” the Ministry of Defense assured in the first of its two statements published this Sunday, where it has offered at the same time two versions of the same events: either some of the bodies were actors, or they had been killed by Ukrainian bombing.

“Not a single inhabitant has been injured by any kind of violent action during the time that the city was under the control of the Russian armed forces,” Moscow assured before saying that “all the photos and videos published by the regime of kyiv allegedly evidencing “crimes” committed by the Russian military are yet another provocation.”

“Publications about Bucha appeared in several foreign media at once, it looks like a planned media campaign. Since the troops left the city on March 30, where were these images four days ago, their absence only confirms the falsification”, says Moscow.

The first journalists to be able to reach an area that is still mined revealed the massacre to the world this Saturday, and the rest of the media echoed it a day later. Reporters Simon Gardner, Zohra Bensemra and Abdelaziz Boumzar recounted in their chronicle how some bodies had been decomposing for “days, if not weeks” in the middle of the street. “The neighbors said that they had been killed during that long month of occupation,” the article collected, also accompanied by numerous evidence of that massacre.

The Russian Ministry of Defense denied this Sunday the version of the reporters who have been witnesses in situ. “It is especially worrying that in the images released by the kyiv regime all the bodies have not hardened after four days nor do they have the characteristic cadaverous marks or coagulated blood in the wounds,” Moscow said. However, several images taken by the photographers did find some decomposition in the bodies.

“It is not clear why they have not been buried,” Reuters said in its report. “Mayor Anatoli Fedoruk said that more than 300 inhabitants had been killed. In addition, a mass grave located next to a church is still open, with hands and feet protruding through the red clay piled on top, “continued the description of that horror.

The Russian Ministry of Defense has emphasized that the mayor announced on March 31 that the city had been liberated, “but he did not even mention that there was a neighbor shot on the street with his hands tied.” However, a city councilor, Ekaterina Ukraintseva, warned that it was dangerous to enter the city “because of the mines and booby traps set by the Russians.”

On the other hand, the Russian Ministry of Defense showed a fragment of another video where the road was littered with corpses. The image quality of the Russian publication is much lower than that of the original video that can be found on social networks, and Moscow claimed that one of the bodies was moving a hand. However, several Russian media that have been blocked within the country, such as Dozhd, Mediazona and Meduza, emphasize that in the images with more definition it can be seen that it is not a hand making a strange movement, but only an optical effect of the windshield.

In addition to this version, Moscow also accuses kyiv of having killed the civilians. “The outskirts were shelled 24 hours a day by Ukrainian troops with large-caliber artillery, tanks and multiple rocket launch systems,” the Russian Defense Ministry says. However, neither the chronicles of Reuters nor of other media that have interviewed the survivors collect complaints that they had been attacked after the Russians left.

Another of the first media outlets to arrive was the AFP agency, whose reporter claimed to have seen at least two dozen bodies lying in a street, some of them handcuffed. According to Moscow, “the mass grave with the bodies was made by the Ukrainian armed forces because more than a month ago they blocked the city by blowing up the bridge near Irpin.”

“How much the comments of the deniers from here hurt… and after visiting Irpin and speaking with the evacuees from Bucha,” Almudena Ariza, a RTVE reporter who has witnessed the events, wrote on her Twitter profile this Sunday.

According to the Pentagon, “less than 20%” of the Russian army has withdrawn from the vicinity of kyiv in a disorderly manner. Russian President Vladimir Putin justified the order to attack Ukraine by saying that the country would be “disarmed and denazified” and thus protect the self-proclaimed republics of Donetsk and Lugansk from “genocide”.

According to the data that the United Nations has been able to compile, at least 1,417 civilians have died and 2,038 more have been injured throughout Ukraine as of April 2, although the figure could be much higher because it is not possible to access many areas that have been occupied or besieged. Of the total count, 67 civilians have been killed in the separatist areas of Donbas.

Less phones but more networks: what Silicon Valley parents really do with their children | Technology

Less phones but more networks: what Silicon Valley parents really do with their children | Technology