‘The Umbrella Academy’: First teaser with the Sparrow and release date of the third season

The Umbrella Academy First teaser with the Sparrow and release


The pandemic delayed the return of many series, including one of Netflix’s flagships, ‘The Umbrella Academy’, whose second season aired almost two years ago. After this long wait, we finally have the first teaser of the third installment, along with the announcement of the premiere date: June 22.

The announcement took place at the SXSW Festival in Austin by the hand of the showrunner, Steve Blackman, after which it was released on social networks, where Netflix offered us the first look at the season with two official images and a short video in which we can see the Hargreeves brothers face to face with the members of the Sparrow Academyabout to star in an intense confrontation.

[¡Spoilers a partir de aquí! Si no llevas la serie al día, no sigas leyendo]. Recall that the second season ended with the Hargreeves stopping the Apocalypse, after which they returned to 2019, where their interference in time had created a new timeline in which Sir Reginald is alive and founded The Sparrow Academy, instead of The Umbrella Academy.

This is the official synopsis for the third season. “Smart, elegant and as warm as a sea of ​​icebergs, The Sparrows immediately clash with the Umbrellas in a violent confrontation that turns out to be the least of their problems.. As they navigate new challenges, losses and surprises – in addition to dealing with a destructive entity that is wreaking havoc in the Universe (something that they probably caused) – what they must do is convince Dad’s new and possibly better family to to help them fix what their arrival spoiled. Will they find their way back to their pre-apocalyptic lives or is this new world about to reveal itself as more than just a timeline anomaly?. 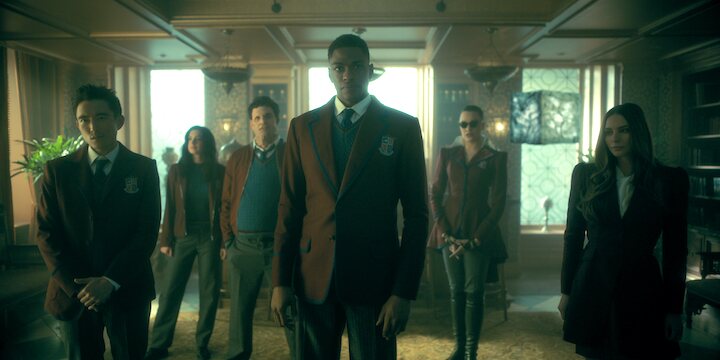 In addition, as we were told months ago, in this new season we will visit the Hotel Oblivion, the prison for supercriminals built by Sir Reginald Hargreeves that gives its name to the third volume of the comic by Gerard Way and Gabriel Ba on which the series is based. The season consists of 10 episodesof which we already know their titles.

As we see in the first images, we will have Elliot Page as Vanya, Tom Hopper as Luther, David Castañeda as Diego, Emmy Raver-Lampman as Allison, Robert Sheehan as Klaus and Aidan Gallagher as Number Five; with Colm Feore as Sir Reginald Hargreeves and Ritu Arya as Lila, whom we met in the second season.

The members of the Sparrow Academy They are played by Justin H. Min (as an evil version of Ben), Justin Cornwell, Britne Oldford, Jake Epstein, Genesis Rodriguez, Cazzie David. In addition, the season also features the signing of Javon Walton, known for playing Ashtray in ‘Euphoria’.

Oppo Find X5 Pro, tested: an ultra-fast charge to fill half the battery in just 10 minutes | Your Technology

If you’re looking for a new Ghostbusters game, this chaotic multiplayer adventure is coming to PC soon

If you're looking for a new Ghostbusters game, this chaotic multiplayer adventure is coming to PC soon