The Quarry, the new horror game from the creators of Until Dawn, officially announced

The Quarry the new horror game from the creators of

We already knew Supermassive Games was working on a new horror game after a trademark filing came to light late last month, but now the studio responsible for Until Dawn and of the saga The Dark Pictures has officially presented what will be his next project, a priori unrelated to this latest anthology. Is about The Quarrya video game of which we have only been able to see the logo so far, certain sequences in a teaser and an official page that invites us to attend the official presentation of the game tomorrow at 5:00 p.m. (Spanish peninsular time).

Although there is still little information we have, Supermassive has already confirmed that The Quarry arrive this summer, although it has not specified on which platforms it will be available. It has also been announced that the publisher responsible for this project will be 2K Gamesso they do not repeat with Bandai Namco, responsible for editing the games of The Dark Pictures. In addition to this information, a teaser from The Quarry with brief scenes from the game and a phrase: “What doesn’t kill you makes you stronger”. You can see it below.

A “horror experience” with teenagers in a forest

Supermassive Games defines this project as a whole new “horror experience”. In the brief images of the video that serves as a preview we can see that the setting of The Quarry reminiscent of the eighties horror movies that take place in American forests, and in fact a promotional image hosted on its official website reflects the appearance of various characters, many of them teenagersaround a bonfire. 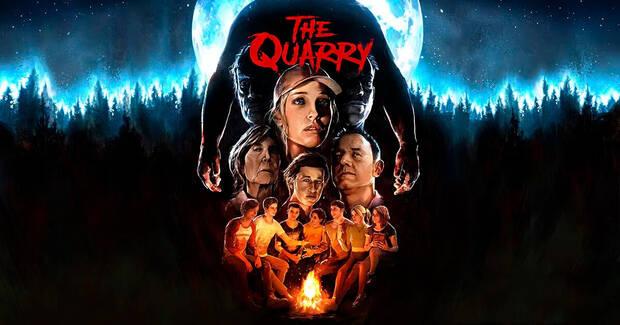 There are less than 24 hours left for us to clear up doubts regarding The Quarryits setting and characters, a project that does not seem to be the only one Supermassive Games is working on: the studio also has registered five names for his anthology The Dark Pictureswhich points to new horror games for the saga in addition to The Devil In Methe next installment, and it is rumored that they could also be involved in a remastering of Until Dawn.

‘The Winchesters’, the prequel to ‘Supernatural’, announces the first two names of the cast

'The Winchesters', the prequel to 'Supernatural', announces the first two names of the cast