The EU receives of Ukrainian grain exports that circulate

The EU receives 38% of Ukrainian grain exports that circulate through the corridor agreed between Moscow and kyiv | International
is the headline of the news that the author of WTM News has collected this article. Stay tuned to WTM News to stay up to date with the latest news on this topic. We ask you to follow us on social networks. 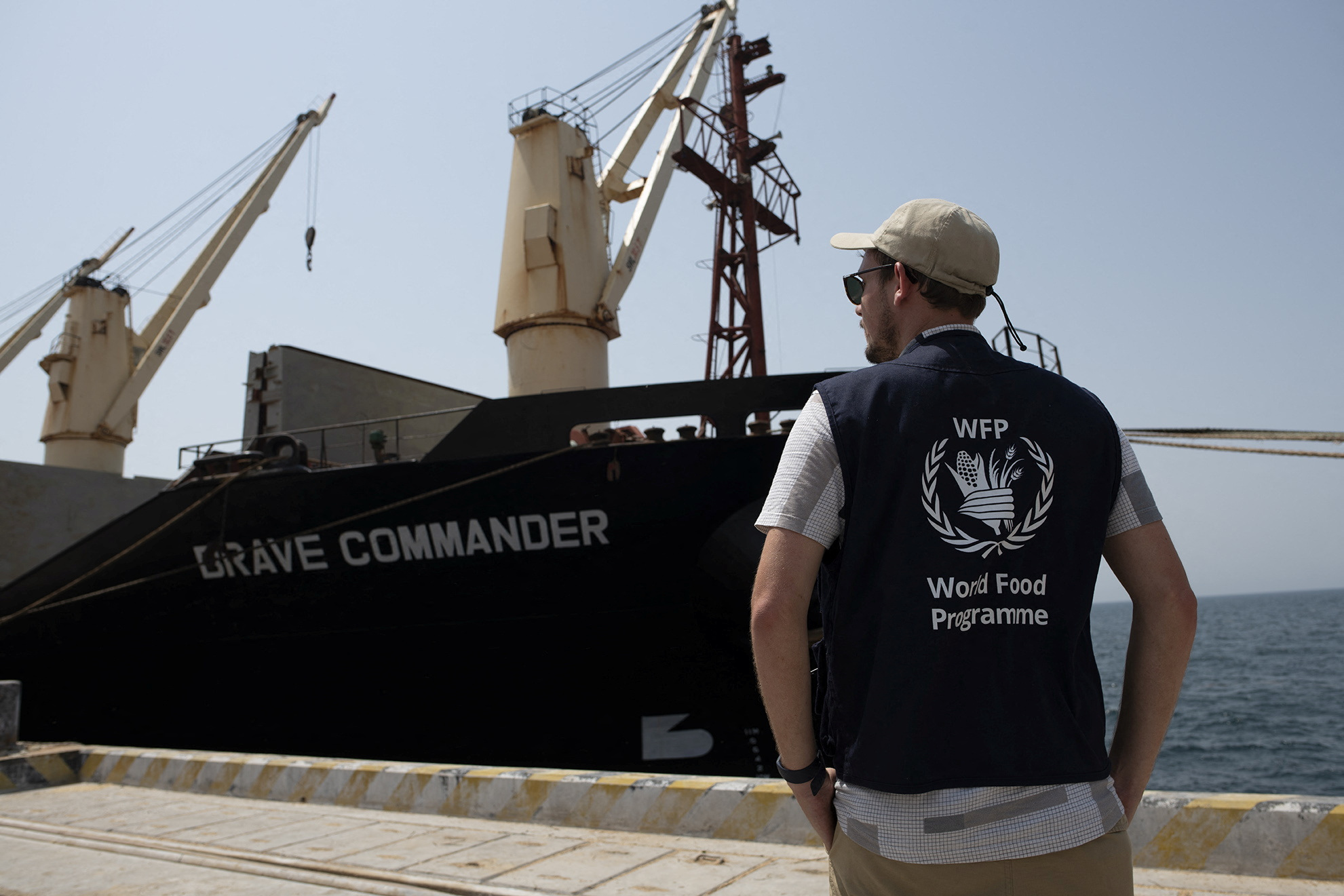 After a month of testing, the grain corridor through the Black Sea designed to remove trapped grain from Ukraine is now fully operational: an average of five ships a day depart from the Ukrainian ports of Odessa, Chornomorsk and Yuzhni and as many others come in to load. More than two million tons of corn, wheat, barley and other agricultural products have left Ukraine through this route. The objectives of the agreement, signed last July by Ukraine and Russia with the mediation of Turkey and the United Nations, were to allow the resumption of Ukrainian agricultural exports blocked by the Russian invasion in order to free up space in the silos for the current harvest and alleviate the crisis. food, especially in the most vulnerable countries. The first objective is being met; about the second, there is debate.

From a technical point of view, the corridor – which is supervised by representatives of the three countries involved and the UN from a coordination center in Istanbul – has not encountered obstacles: all the ships (about 200) have passed the joint entry inspections and departure and none have suffered major mishaps despite literally sailing through mined waters. Furthermore, at the end of August, it was decided to open a third lane within the corridor to speed up navigation. The first real obstacles have appeared this week when the Russian president, Vladimir Putin, questioned the operation of the corridor for favoring the European Union and asked for its review.

Of the total tons exported through the corridor, 38% (about 900,000), have traveled to ports in the European Union, although with the available data it is not possible to trace whether the community block is the final destination of the merchandise. Spain is precisely one of the countries that has benefited the most: two ships have already arrived at the Escombreras dock in Cartagena, and another two are expected in the port of Murcia and Tarragona. In total, they will unload more than 200,000 tons of corn, barley and sunflower seeds.

20% of the rest of cereal exports have gone to Turkey —a country that during the mediation negotiations sought to guarantee an important part of the supply—, to Asian countries such as China, India or South Korea (14%) and the rest, 27.5%, to countries in the Middle East and Africa where the price of food has exacerbated the crisis situation in Egypt, Iran, Sudan, Kenya or Somalia. The UN World Food Programme, which previously depended heavily on Ukrainian cereals to deal with food crises in various parts of the world, has chartered two ships: one that docked last week in Djibouti with 23,300 tons of wheat destined for Ethiopia and another that has transported 37,500 to Turkey, where they will be ground and, turned into flour, taken to Yemen.

The destination of cereal exports is decided by “exclusively commercial” criteria, explains a Ukrainian diplomatic source. Before the war, around 35%-40% of Ukrainian cereal exports went to the EU, between 30% and 35% to the Middle East and North Africa and the same to Asia, according to data from Ukrainian Cereal Association. In fact, in the agreement between Ukraine and Russia there is no provision on the destination of the agricultural production that leaves through the Black Sea corridor (Moscow signed a separate agreement with a UN body to facilitate the export of Russian food and fertilizer, the terms of which have not yet been made public).

“There are large freight companies, generally European, that are dedicated to cargo trade. In fact, they have agents in Ukraine, where they buy the cereal, and they hire us, the shipping companies, to transport it to ports where they are going to sell it to other companies”, explains a source from a shipping company whose ships have participated in the broker and who requests anonymity: “When we sign an agreement they tell us if we are going to Spain, Italy or another country. Sometimes they include the option that they will decide the final port during the trip”. It has already been the case that ships that were going to Turkey have ended up unloading the grain in Iran. Or ships that left Ukraine with Spain as their destination, which are now heading for the Netherlands and Portugal.

“The Joint Coordination Center in Istanbul authorizes the movement of ships based on requests received from the Ukrainian port authorities. The movement of ships is based on trade activity and procedures,” explains Ismini Palla, UN spokesperson for the Black Sea Grain Initiative: “Some food exported under this initiative goes to countries experiencing food insecurity, and the chartered by the World Food Program go directly to the population that needs it most. But exports to any country can help calm markets and limit food price inflation.” Another criticism that has been made is that part of the exported cereals is in part for livestock feed, not for humans, but Palla argues that this is also part of the global food supply chain, and, therefore, has effects on food prices.

The Food and Agriculture Organization of the United Nations (FAO) assures that world food prices chained their fifth consecutive month of declines in August after the maximum registered in March, although they are still 8% more expensive than before. one year. The FAO Cereal Price Index marked its third month in decline and, in August, fell 1.4% “driven by a 5.1% reduction in international wheat prices due to better production prospects in America of the North and Russia, as well as the resumption of exports from the Ukrainian ports of the Black Sea”.