‘The Boys’: The college spin-off loses two of its actors due to long production

The Boys The college spin off loses two of its actors

Since its premiere in 2019, ‘The Boys’ has become the most popular original fiction series on Prime Video. Given its success, the streaming platform did not hesitate to expand its irreverent and wild superheroic universe with several spin-offs. The first, the animated anthology ‘The Boys Presents: Diabolical’, is now available, while the second, a live action youth seriesit’s taking longer and we still don’t know exactly when it will arrive.

The second spinoff focuses on Vought’s only college for superpowered youth. The project, described as a crossover between a college series and ‘The Hunger Games’ With the unmistakable satirical stamp of its mother series, it will follow a new generation of antiheroes testing their physical, sexual and moral limits, while competing for the best contracts in the best cities. 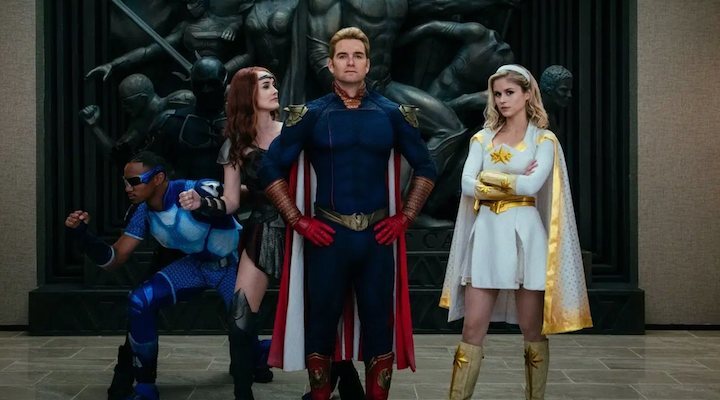 The series has been in development for over a year and the long wait has caused two cast members to drop out of production, according to Deadline. It is about Aimee Carrero and Shane Paul McGhie, who leave the project because “the long production process” has held them back all this time, missing out on various opportunities that have come their way. In addition, the medium also cites creative differences, alluding to “changes from the original version of the project the actors signed on for”and that would also have been a factor in his decision.

Finally, the actors have decided to leave the spin-off in favor of other projects, in the case of Carrero, the series ‘The Consultant’ (also from Prime Video) and ‘The Offer’ (Paramount+). Although two new actors will be hired to play their characters, Deadline Says McGhie May Return To ‘The Boys’ Universe In The Future.

The rest of the main cast consists of Jaz Sinclair, Lizzie Broadway, Maddie Phillips and Reina Hardesty. Michele Fazekas and Tara Butters (‘Law & Order: Special Victims Unit’, ‘Agent Carter’) are the writers and showrunners of the series, still without an official title.

But ‘Diabolical’ not only complements the original, but also there are several episodes that are considered canon of ‘The Boys’, especially the last one, which according to the showrunner of the main fiction, Eric Kripke, was so good that he couldn’t help but make it official in the live-action version of the series as well. In addition, Kripke anticipates that there will be a special link between the Justin Roiland episode (creator of ‘Rick and Morty’) and the third season of the mother series, which arrives on Prime Video on 3 of June.

this is how this fun Mario Kart mode is

Digital Kit for the automation of business processes

Digital Kit for the automation of business processes