‘The Batman’ changes revenge for hope, a key sentiment for the end of many blockbusters

The Batman changes revenge for hope a key sentiment for


Understanding blockbuster as a mix of undeniable blockbuster and a certain narrative structure: there is a trend that has been accompanying us since the end of the 30s (at least). Specifically since 1939 when ‘Gone with the Wind’ was released, a film that crowns the list of the highest grossing films in the history of cinema.

That feature film was a very hard journey for its protagonist, played by Vivien Leigh, a Scarlet O’Hara who far from lying on the stairs sobbing and wondering “what’s worth it?”; Just for the denouement, he looks up at the sky and says: “After all, tomorrow is another day!”. That “after all, tomorrow is another day” pronounced in the original version, became very famous, one of the most remembered phrases on the big screen, closure that gave way to a generous collection and no less than 10 Oscars.

Did it make sense that in that moment of pain Scarlet could find hope within herself? She has it or not it turns out that this feeling, key in life, is also key to the ending of numerous cinema successes. You only have to look at the top positions at the box office. Behind the aforementioned number one we find the start of ‘Star Wars’, a film that was directly titled ‘A New Hope’; and closing the top 3 to ‘Smiles and tears’, which bets on a few last minutes in which the von Trapp family escapes from the Nazis and ends up happily touring the top of a mountain.

No matter what happens: there is always hope. Years later, the new batch of films designed to conquer theaters has arrived, and the trend remains the same: to close thinking of a better tomorrow. There is ‘Titanic’, tearing our hearts out with the death of Jack (Leonardo DiCaprio), to then say goodbye definitively with its two protagonists together and happy. What is the last thing the viewer sees? Rose (Kate Winslet) mourning the death of her lover? No. Rose lives a full life and dies of old age, without suffering, after which she is reunited with her love on the dreamy stairs of the boat where they met. And they kiss.

With ‘Avengers: Endgame’, one of the most celebrated blockbusters of modern times, three quarters of the same happens. Is Iron Man’s funeral the final scene? Not at all. The last thing shown before fading to black is Steve Rogers (Chris Evans) dancing with Peggy Carter (Hayley Atwell) in that alternate timeline that Captain America chooses when you decide to retire. ‘The Force Awakens’ also chooses that path, betting on ending with Rey (Daisy Ridley) offering her lightsaber to Luke (Mark Hamill); and ‘Harry Potter’ adds to the technique in some of its adaptations. Within this saga, the delivery that embraces hope with no subtlety stands out: ‘Harry Potter and the Order of the Phoenix’. In that fifth film, his protagonist, after a terrible loss, directly releases “Although we have many battles to fight, we have something that Voldemort does not have: something worth fighting for“. And so many movies and over decades. 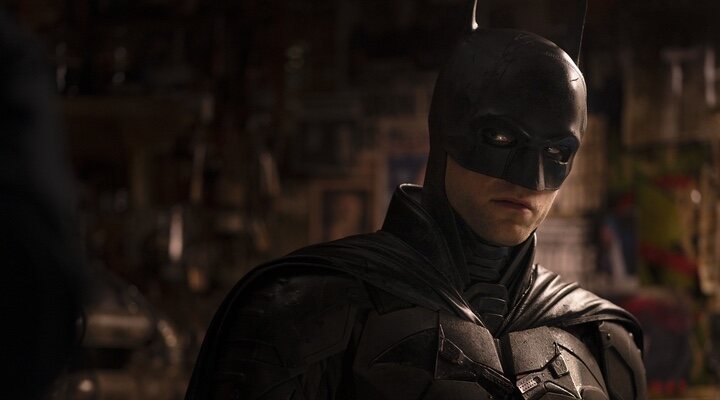 Until we get to ‘The Batman’, a film by Matt Reeves that is not so direct with its very last sequence, but that is raised in its entirety from the objective of exchanging revenge for hope. In fact, many of its final scenes reproduce the effect of the aforementioned ones by heart. The one in which the Bat Man helps the inhabitants of Gotham who are trapped under the ruins of the stage where the mayor planned to give a speech. And the one where Batman picks up an injured woman and carries her onto a stretcher so she can go to the hospital. The last one is bittersweet because this masked vigilante gives up the opportunity to explore his relationship with Catwoman, but he does so because he thinks he can build a better future in his city.. If you don’t give up. If you stay and fight. Batman goes from vigilante to hopeful figure and the box office celebrates it with more than 134 million dollars in the United States and 3.4 million euros raised in Spain, all in its first weekend.

Would it work without hope?

‘The Empire Strikes Back’ decided that without hope, its ending was not going to work. The most curious thing about the matter is that the team of this film directed by Irvin Kershner, reached this conclusion after filming finished, so they had to go back behind the cameras to fix the matter. Mark Hamill himself has just commented On twitterclarifying that those final moments with Luke, Leia, R2-D2 and C3PO contemplating the galaxy, were filmed after the fact.

“We shot that scene four months after we finished principal photography on ‘The Empire Strikes Back,’ it wasn’t a reshoot, it was an additional scene. Concerned about the pessimistic ending and the complete defeat of the protagonists, [el equipo] wanted to add a moment of hope to reassure the audience“Hamill explains. Thus, that second installment of the Original Trilogy was about to close with discomfort, but he repented. In 1980 we were not prepared to leave the room, after seeing a blockbuster, with a heavy heart. And in 2021?

It depends who you ask. There is ‘Spider-Man: No Way Home’, turning the page if one interprets his last scene as a new beginning full of resignation. Peter (Tom Holland) gives up on trying to win back MJ (Zendaya) and Ned (Jacob Batalon), and the film ends with Peter opening the door to his new apartment. Now, although the moment is sadder than in other cases, this scene, according to Chris McKenna, co-writer of the film, wouldn’t be heartbreaking because Spider-Man “He is hopeful, he has chosen that life”.

More than 1,800 million has been collected worldwide for this film that has not wanted to close without hope either. In fact, although he has opted to give a more mature touch to your vision of the futurenot hiding so much the pain, nor the loss (a bit along the lines of Batman saying goodbye to Catwoman); continues to stress that no matter what happens: there is always hope.