Ryan Reynolds announces that Deadpool will be directed by

We’ve been waiting for news like this since Disney bought 20th Century Fox in 2019. Despite the fact that Ryan Reynolds has not stopped stating that a third Deadpool movie would come at some point, it has never been very clear if the house of the mouse would be able to break the barrier of irreverence and allow the loudmouth mercenary to be all the loudmouth the character needs. Marvel Studios also assured that Deadpool would return, but there has been no official news indicating that ‘Deadpool 3’ was actually underway. beyond good intentions. 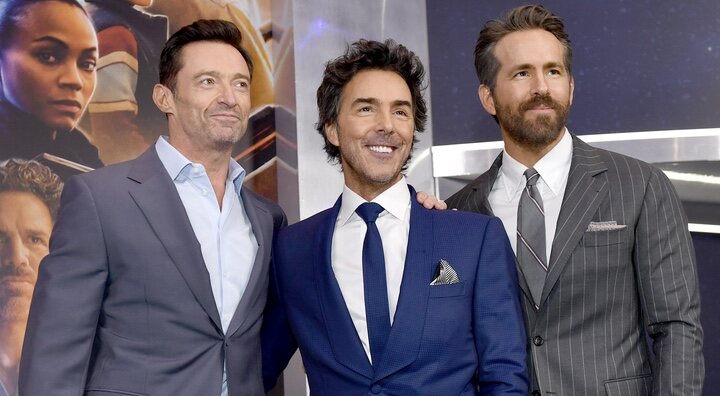 But we finally have an update on the project, and it’s fat. Taking advantage of the premiere of ‘The Adam Project’, the new Ryan Reynolds film directed by Shawn Levy, the actor published this message on social networks: “The third movie in my Shawn Levy trilogy will stab some more”. The phrase was accompanied by a photo in which we see Guy, the protagonist of ‘Free Guy’, also directed by Levy, Adam, from ‘The Adam Project’… and Deadpool. Shawn Levy will direct ‘Deadpool 3’!

The third film in my Shawn Levy trilogy will be a tad more stabby. pic.twitter.com/ofBrFyaRsv

The news, which has been confirmed by the Hollywood Reporter, means that pre-production has finally started. It will be the first Deadpool movie under the Marvel Studios umbrella, so it will presumably be part of the MCU, though those details are yet to be confirmed. The script will again be written by Rhett Reese and Paul Wernick, as the first two. The movie doesn’t have a release date set yet, nor do we know if any of the cast members from ‘Deadpool’ or its sequel will return as well.

But there are already fans who are getting their hopes up as a result of some recent statements by Shawn Levy in the promotion of ‘The Adam Project’. The director has told ComicBook that he wants to be the one to reunite Reynolds with his best friend Hugh Jackman in a movie: “I’m not going to say where or how, but I can absolutely confirm my intent and determination to be the lucky son of a **** to put those two magnificent gods in a movie together. That’s going to happen, and I’m going to do it“. Will it be in ‘Deadpool 3’? If they were already talking about her on the occasion of Levy’s choice as director, what better setting for the reunion than a Deadpool movie. For now, we’ll cross our fingers.