Rupert Grint is introducing his daughter to Harry Potter and

“This boy will be famous. There will be no one in our world who does not know his name”, expressed Professor McGonagall in the first installment of ‘Harry Potter’. 21 years years have passed since that prediction and the legacy of the saga continues to grow and continues to add generations. 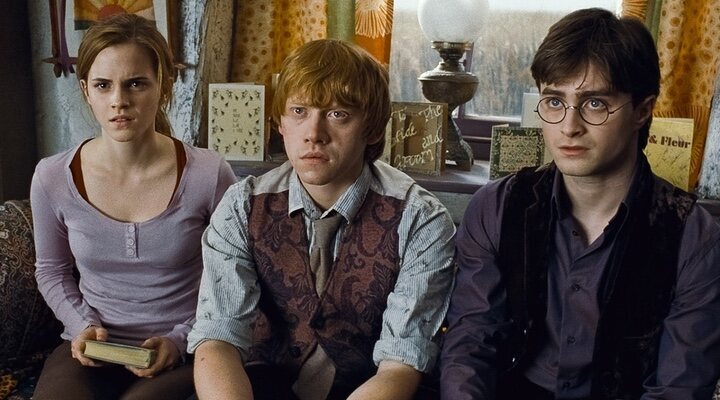 Proof of this is that Rupert Grint, known for playing Ron Weasley in the tapes, is already introducing his 21-month-old daughter into the magical world of the film franchise that emerged as a result of the novels written by JK Rowling. This is how he tells it on The Tonight Show, the famous program presented by Jimmy Fallon: “I’ve already started showing him the trailers. She already has a wand and a PEZ dispenser with my head“he assures.

in a beautiful stage

To Fallon’s question about which words the girl spoke first, the actor replies with an amusing anecdote: “She’s talking. She has opinions. She already says dad and mom. And besides, the word ‘fuck’ has learned it pretty quickly. She spends a lot of time in my dressing room when I’m studying my lines for ‘Servant’ and my character says that word a lot. And she now she just says it whenever she’s excited”. Grint ends by saying that his baby is “great”.

The series that the star is talking about can be seen on Apple TV + and is in its third season. ‘Servant’ stars Lauren Ambrose, Toby Kebbell, Nell Tiger Free and Grint himself, who are joined by Tony Revolori, Jerrika Hinton and Phillip James Brannon in supporting roles. In the last season Sunita Mani (‘Mr. Robot’) has also joined the cast. The series is produced by M. Night Shyamalan, who plans to tell the story in four seasons.

This is how scary Dead Space Remake is with its sound improvements: brief gameplay

What are KVM devices

What are KVM devices