Red Cross warns of the risk of a new wave

Red Cross warns of the risk of a new wave of displacement in Ukraine in winter | International
is the headline of the news that the author of WTM News has collected this article. Stay tuned to WTM News to stay up to date with the latest news on this topic. We ask you to follow us on social networks. 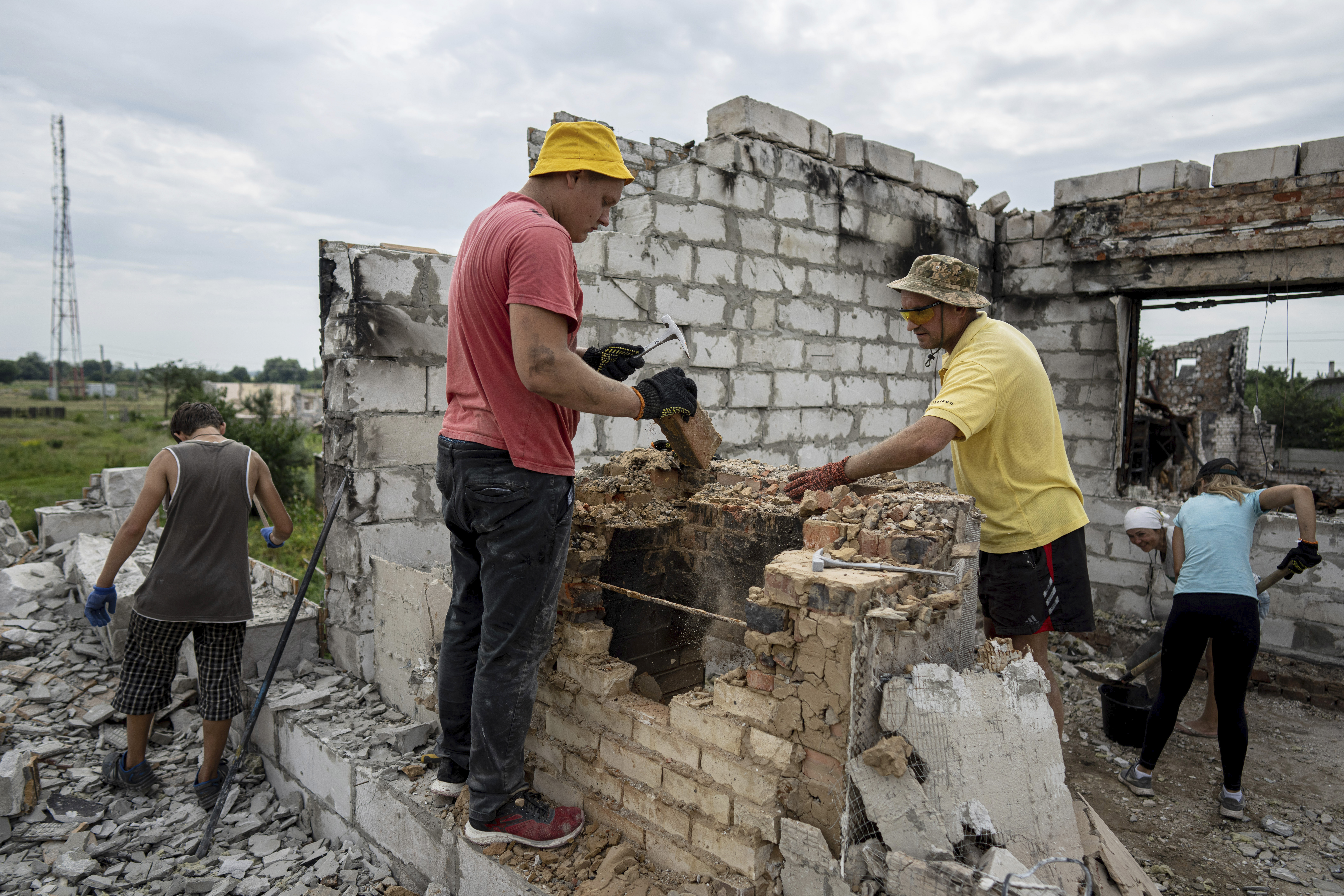 The icy winter in Eastern Europe, whose threat is already looming over Ukraine, threatens to cause “a second wave of displacement” of the population. People who could add to the figure of the 13 million inhabitants of the former Soviet republic who, according to the International Federation of the Red Cross (IFRC), have been forced to flee their homes due to the war, which is six months old this Wednesday. Matsym Dotsenko, general director of the Red Cross in Ukraine, warned this Tuesday, through a live broadcast on Twitter, that the arrival of winter temperatures – up to 30 degrees below zero in certain regions – is one of “the main concerns” of the humanitarian organization in a country where heating systems have been “totally destroyed” in some areas.

In the context of an open war conflict, with fighting, and in eastern Ukraine there are no signs of calming down, Dotsenko warned that “even if the heating is rebuilt, the impact of a missile can destroy it again.” “Therefore, we fear that this second wave of displacement will take place this winter,” he added. At least 6.6 million people have been displaced from their localities to others in the country, according to United Nations data cited by the Red Cross. Another 6.6 million have been registered as refugees in other states. 90% of those who have had to flee are women, children, the elderly and people with disabilities, according to the international organization.

“People have had to leave everything and escape with their lives in their hands, many make plans and live from day to day. With winter just around the corner, it will only get harder; especially for people who lack the basics to survive: a warm place to live, food, goods and services”. “In summer it’s easier,” he said, “because of the many free accommodation possibilities for displaced people and refugees.” Humanitarian organizations put at least 17.7 million Ukrainians in need of humanitarian assistance. The country had about 40 million inhabitants, before the Russian invasion on February 24.

“If you visit Ukraine, the situation seems better than three months ago, but people have spent their savings and most have not been able to return to a normal life,” Dotsenko said. “The socio-economic situation in Ukraine is only getting worse,” she lamented. And he listed some of the problems that affect ordinary people: “Unemployment, high inflation, or salaries cut in half.” He also alluded to the impossibility of rebuilding the houses affected by the fighting, which as of June totaled 44.8 million square meters, according to the organization.

The cold and the broken window

In that 24-page text, entitled All I want is to go home. Six months of armed conflict in Ukrainethe IFRC warns, for example, that, in a war context, “even minor damage, such as a broken window, can have a big impact on the cold”: “In areas where fighting is ongoing, many people seek Shelter in basements or buildings converted into shelters for displaced people, which often lack water, heat or electricity.”

The six months of armed conflict in Ukraine have left “death, destruction and overwhelming suffering,” the humanitarian federation emphasizes in its document. “As the armed conflict continues and winter approaches, more people may be forced to flee, while others may struggle to meet their most basic needs. Even if the conflict were to end tomorrow, it would take years for [Ucrania] recover from its impact on people, communities, cities and the environment”, concludes the text.

The president of the IFRC, Francesco Rocca, also warned on Tuesday that the victims of the war are “at a critical point of bankruptcy.” “The devastating repercussions only increase as the conflict drags on,” he said in a press release. Since the beginning of the conflict, the organization has offered access to clean water to eight million people in Ukraine; basic assistance, another five million; and healthcare, to 718,000. For these works, it has had the support of 100,000 volunteers and the 48 national federations of the organization.

The irruption of AI causes war in the world of illustration: “It is an improvement of plagiarism, we have no word for it” | Technology

The irruption of AI causes war in the world of illustration: “It is an improvement of plagiarism, we have no word for it” | Technology