‘Obi-Wan Kenobi’: All the keys to the trailer and what has disappointed fans of galactic animation

Obi Wan Kenobi All the keys to the trailer and what


‘Obi-Wan Kenobi’ has released a first teaser trailer of something less than two minutes in which very little is advanced of the plot of this galactic series what we will see on Disney + on May 25. But, despite the understandable contention shown by ‘Star Wars’ in said advance, some other detail has shocked fans.

Of course, the life of a refugee led by the protagonist of this television fiction stands out, played by Ewan McGregor, an actor who is already receiving a lot of love. His Jedi Master lives in difficult times and after a decade in exile, he appears to have settled in a cave just outside the Lars’ farm. From this discreet corner of the dunes of Tatooine, Obi-Wan keeps an eye on young Luke Skywalker, always keeping his distance. His presence on the fringes of the action is a constant throughout the entire teaserand when he’s not carrying out his duties as Luke’s Jedi bodyguard, he rides his eopie (the kind we first saw in ‘Star Wars: Episode I – The Phantom Menace’) or we see him on public transport on the way to one of the desert cities.

But, this legendary prop of the Force he also has his moments of action, in fact we get to see him firing a blasterso it would be expected that he would star in a duel with his laser sword (hopefully). 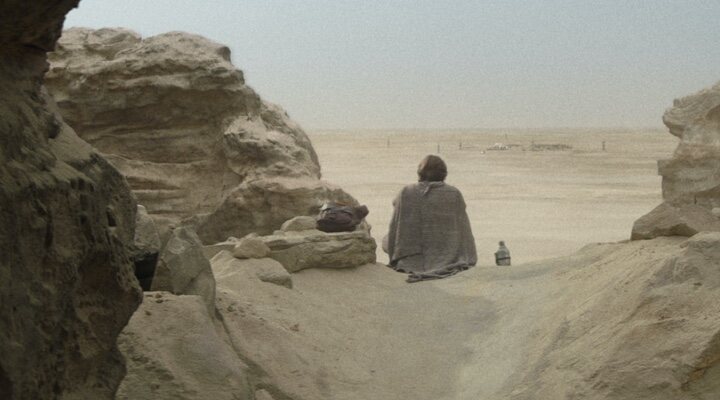 In addition to the appearance of the aforementioned eopie, there are other moments that are reminiscent of the prequels. It happens with the introduction of the 10-year-old Luke, character we see imagining that he pilots a ship, or a racing pod. In fact, from the gestures, many followers of the saga have perceived a familiarity thinking of Anakin and his participation in the Boonta Eve race. Be that as it may, we are already presented with the little one dreaming of sailing the galaxy. And taking care of him we see Uncle Owen (Joel Edgerton) standing up to one of the characters who is going to give more trouble: Inquisitor Reva played by Moses Ingram.

But what has really caught the attention of the Dark Side in this first teaser trailer for ‘Obi-Wan Kenobi’ has not been this villain, but the introduction in real action of the Grand Inquisitor and the Fifth Brother, a somewhat controversial premiere.

Undoubtedly the most striking moments for the faithful of the animation of ‘Star Wars’ have been headed by the respective introductions of the aforementioned imperial enthusiasts, that they already had their leading role in ‘Star Wars Rebels’.

The appearance of the Grand Inquisitor is one of the most commented details due to its considerable difference with the animated version. Rupert Friend is the interpreter who embodies this villain under a generous layer of makeup that, logically, cannot compensate for her tremendously round face. Thus, from a physique with elongated features, the Lucasfilm team has chosen to explore the opposite. 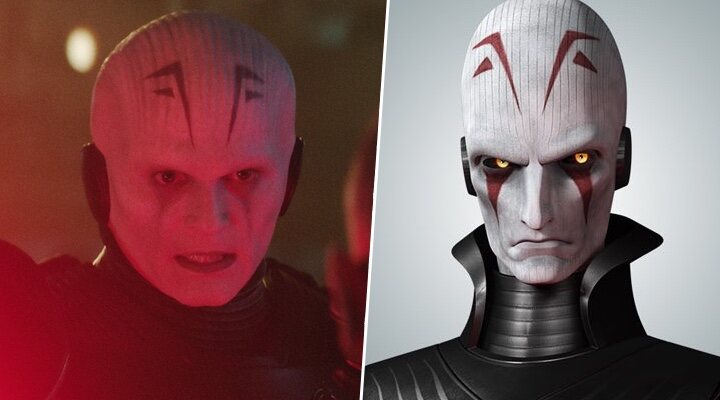 The case of this character is not the first in terms of a change of actor from animation to live action. Recall that Ashley Eckstein lent her voice to Ahsoka Tano in both ‘Rebels’ and ‘The Clone Wars’, but finally Rosario Dawson was chosen to bring the character to life both in ‘The Mandalorian’ and in his own solo series. The opposite happened with Katee Sackhoff and Bo-Katan Kryze, that he has managed to embody the character in all versions.

This was precisely what Jason Isaacs wanted, the interpreter who lends his voice to the Grand Inquisitor in ‘Rebels’, and that he had expressed his desire to make the leap to real action. “The Inquisitor was a great role when I played it and if it were to be a great role again, I would be willing to do it“.

And so much so that it was a great role, and that is that this former Coruscant Jedi Temple guard turned evil after the execution of Order 66, sometime during the Jedi Purgebecoming one of the most infallible Inquisitors in the Empire. “The key to hunting down the Jedi is… patience“says in these first images so commented. 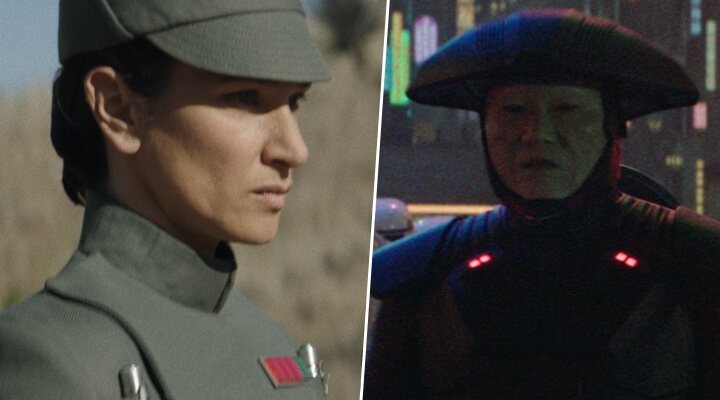 In addition to debuting the new Grand Inquisitor, this appetizer of ‘Obi-Wan Kenobi’ comes with a first look at the Fifth Brothercharacter for which ‘Star Wars’ has decided to sign an unrecognizable Sung Kang (‘Fast & Furious’).

This Inquisitor, who survived Order 66 to turn to the Dark Side, is part of a team of connoisseurs of the Force, trained by the Grand Inquisitor, who not only hunt down all Jedi, but also other political dissidents, and children identified as Force-sensitive. Along with Reva, the third sister, and Kang’s Inquisitor, there has also been hinted at a sister of the Tholothian race whose rank in the Imperial organization is yet to be revealed.

What we have already seen is Indira Varma as an officer of the Empirethe double lightsaber that the Inquisitors use, and its submarine base located in Nur, in the Mustafar systema moon featured in the video game ‘Jedi: Fallen Order’, which far from resembling the volcanic planet that gives this star system its name, is instead covered by an endless ocean. 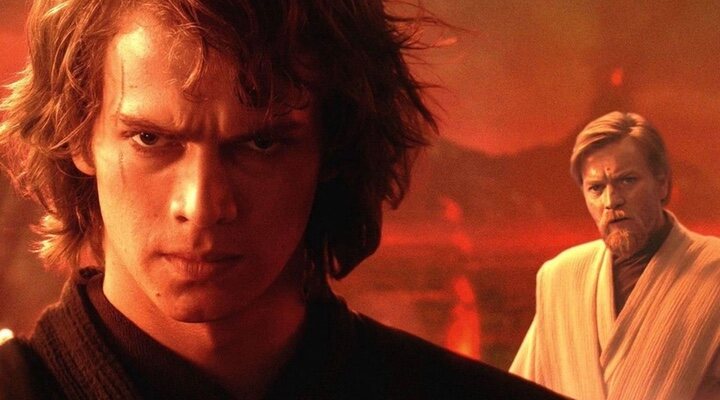 The two highlights of the trailer

For those fans who haven’t immersed themselves in galactic animation, this whole Inquisitor thing may be more or less attractive, but not familiar; something that is offset by two truly powerful moments of this first teaser trailer for ‘Obi-Wan Kenobi’: an iconic soundtrack for viewers of the prequels and a breath recognizable in the remotest corners of the galactic universe.

‘Duel of the Fates’, song composed by John Williams for ‘Episode I – The Phantom Menace’, one of the most powerful themes of the saga; and ‘Battle of the Heroes’ from ‘Revenge of the Sith’, also composed by Williams, are heard in two moments of the advance, raising many points of epicity. The inclusion of these songs not only adds tremendously to the high, but is loaded with meaning because they are the melodies that accompany two of Obi-Wan’s most prominent duels in the prequels: when he faces Darth Maul alongside his master Qui-Gon Jinn (Liam Neeson) in the first installment, and when he fights Anakin Skywalker in the third.

From that confrontation and its fateful end, Darth Vader would be born, an insurmountable villain whose breath closes this trailer with outstanding appearances but without too much chicha. We will have to wait until May 25 to find out if ‘Obi-Wan Kenobi’ holds up to expectations or it ends up dividing the fandom as has happened with ‘The Book of Boba Fett’.