LG redoubles its commitment to gaming and presents two

LG has announced on the morning of this March 10 its new monitors for gamers in an event that has taken place in Madrid. The South Korean company will bring to Spain in the coming weeks two monitors of 32 inches of the UltraGear line. Also, in the presentation they have reviewed their multiple products for users of PC Gaming and consoles, and have put numbers to your domain in the sector gaming in our country.

The LG Ultra Gear 32GQ850 is a 32″ monitor of the company’s second highest range that reuses the panel NanoIPSIt has an update frequency of 240 hertz and a response speed of 1 millisecond, like all UltraGear displays. 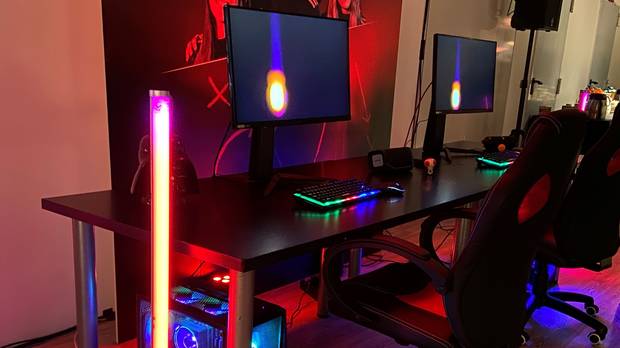 The LG Ultra Gear 32GQ950 belongs to the highest line of the brand. It has a NanoIPS panel with resolution 4KUHDa refresh rate of 144 hertz and certification VESA DisplayHDR1000making it the monitor with the best image quality from the South Korean firm.

both have port HDMI 2.1required to be able to play with PS5 and Xbox Series X/S (or when connecting a PC via HDMI) using 4K resolution and a frame rate 120 frames per second. They are also compatible with VRR technologies (variable refresh rate) Nvidia G-Sync and AMD FreeSync Premium. Also, they have HDR10 with 98% DCI-P3. The back has LED lighting that can be synchronized with the game and music.

Products for soft gamer and the pro gamers

LG wants to redouble its efforts in gaming screens, a sector in which they are leaders in Spain, as they are also with ultrawide monitors and 4K resolutions. In the presentation they explained that part of the reason for the growth is due to its variety of products. In our country they were sold 1.2 million monitors in 2021, 47% of them dedicated to gaming. Of the latter, 18% are from LG, a figure that is between 60,000 and 80,000 units.

The firm divides its monitors between soft gamer (the 18 million players in our country who mainly use the console and the mobile) and pro gamer (those who spend more than 25 hours a week playing and consuming Twitch content; they are about two million Spaniards, in which men represent 67%).

The UltraGear line of MX and MP series are focused on the former, but they all have a 1 millisecond response time and a minimum update rate of 120 hertz. From there, there is a pyramid of features, refresh rates, image quality, and of course, price, which goes like this (descending order): 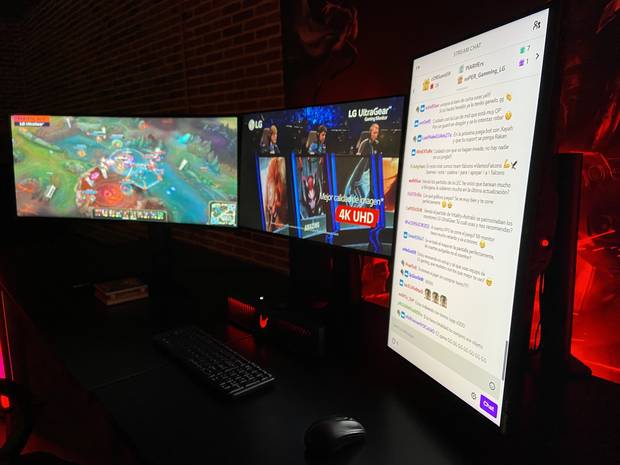 Within that classification, UltraGear is divided into three categories. The UltraGear are traditional widescreen monitors (16:9), the UltraGear UltraWide offer screen ratios of 21:9 (they are reserved for the highest series), and the Ultra Gear Ergo They have arms to rotate, lift and position the screen in different ways.

There will be a high-end LG OLED with 42 inches

To the monitors we must add their line of high-end LG OLED TVs, commonly rated as the best gaming displays for image quality. All of them have a latency of 1ms, VRR technologiesG-Sync, AMD Freesync, HDMI 2.1, Google Stadia and Nvidia GeForce Now integration, HGIG mode (HDR Gaming Interest Group), image optimization by gender… Until now the smallest model was 48″ due to the demands of OLED technology, but They are going to launch a 42″ LG OLED soon. This and subsequent LG OLEDs will include a default mode for esports. 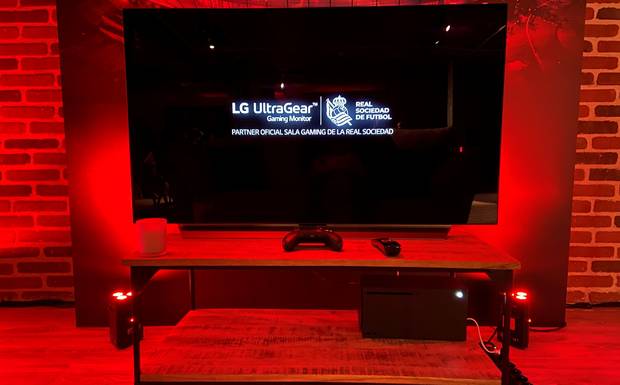 In recent months they have also launched the LG GP9 UltraGear gaming speaker compatible with Hi-Fi, 3D sound, DTS:X for headphones and built-in battery, and connect via USB-C, Bluetooth or optical input; It also has a microphone compatible with Siri and Google Assistant. To this we must add the projector LG CineBeam to play at 120 inches.