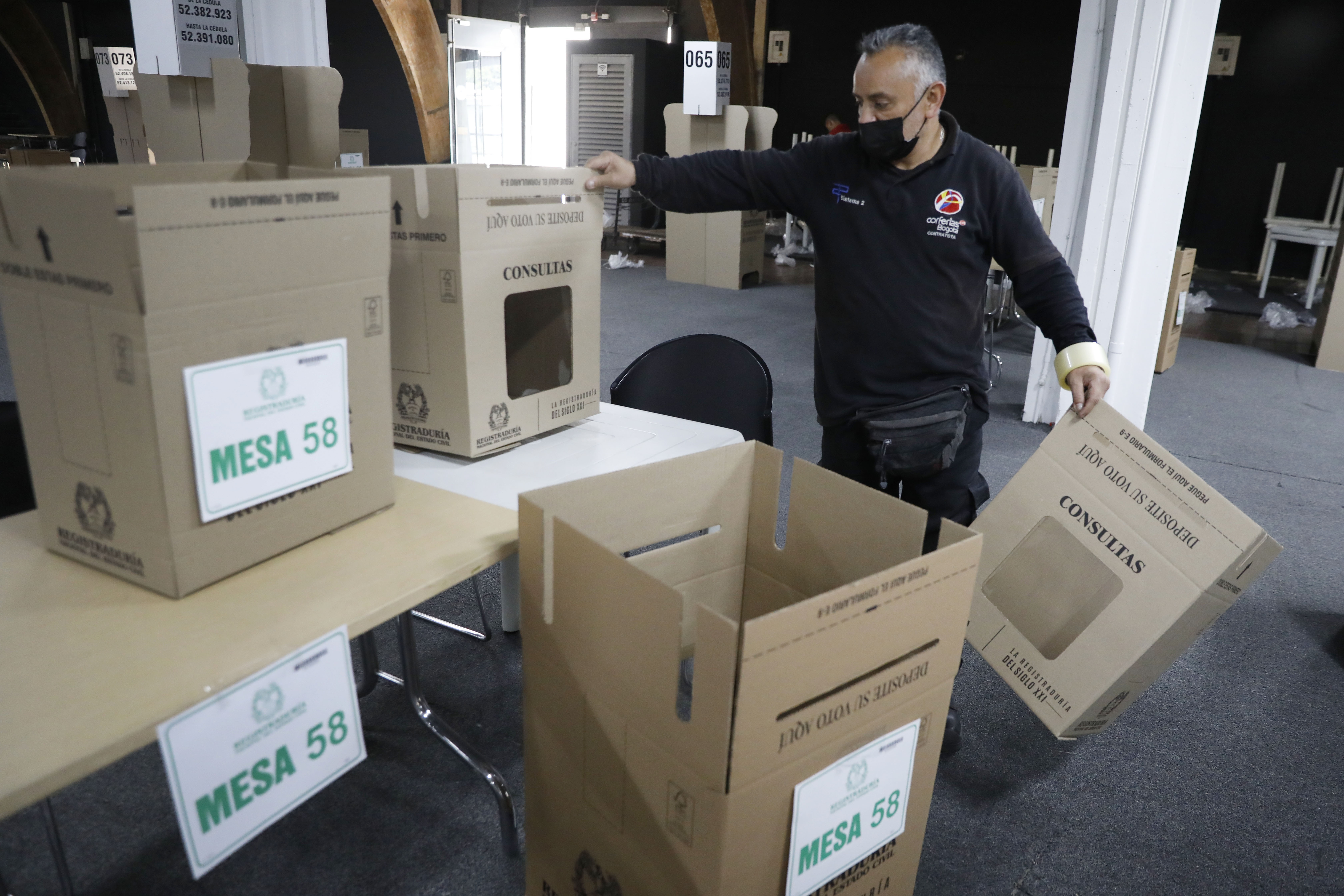 They denounce irregularities in peace seats one day before the elections

The Electoral Observation Commission, made up of human rights defenders and trade union representatives from nine Latin American countries, Canada and the United States, denounced alleged irregularities in the handling of the vote in the special constituencies for peace.

The union representatives indicated at a press conference that one of the most worrying complaints, made by several of the candidates for the peace seats, is not knowing how the transfer of votes will be from remote rural areas, to the place where the elections are held. ballots.

“We have asked the Monitoring Committees about the security of the transfer of votes from areas that are 8 or 10 hours away from the urban center where the count will be carried out, but they themselves do not know. No one assures us that these votes are not stolen, or that they never reach their destination,” said one of the candidates for the special transitory constituencies for peace, who requested that her name not be used.

Another of the complaints received has to do with the registration of identity cards that some applicants made in rural areas, in the places designated for voting and that apparently were invalidated by the Registrar’s Office.

“That means that not even I, who am a candidate, can exercise my citizen right. I moved my polling place, because according to the regulations it must be in the rural area and not in the municipal capitals as was normally done, but now I am not registered in the new place, it continued in the previous one, but you cannot vote there. There was a lack of pedagogy in these areas, many people are going to be left without voting, because they are still registered in the municipal capitals” said another of the candidates in a meeting with the union observation group.

(With information from EFE)

‘Doctor Strange in the multiverse of madness’: Why is a Tyrannosaurus Rex on the cover of Empire?