Kaja Kallas: Estonian Prime Minister: “Russian citizens must pay a price for the war in Ukraine” | International
is the headline of the news that the author of WTM News has collected this article. Stay tuned to WTM News to stay up to date with the latest news on this topic. We ask you to follow us on social networks. 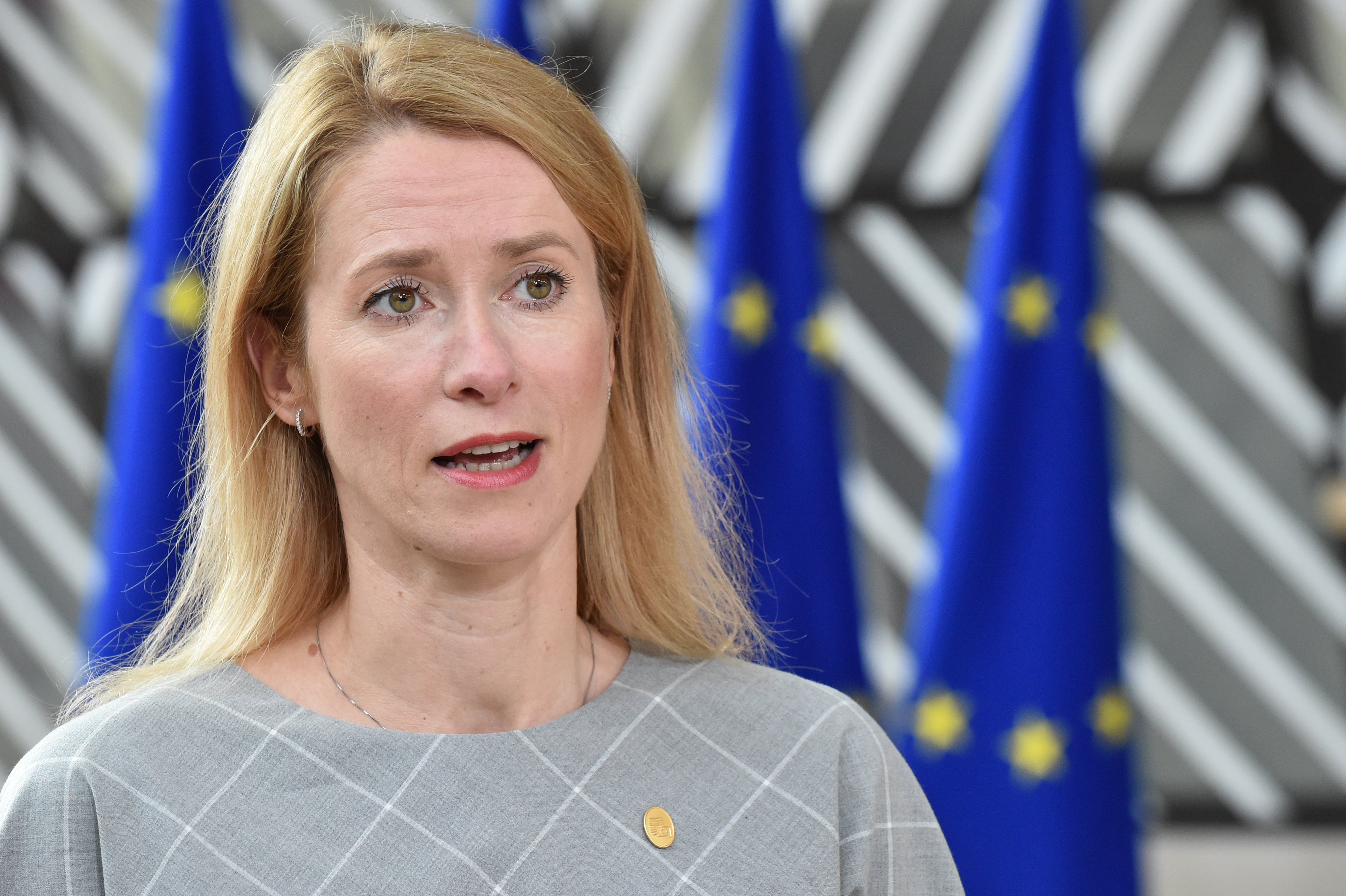 The Prime Minister of Estonia, the liberal Kaja Kallas (Tallinn, 45 years old) of the Reform Party (Reformierakond, center-right), believes that an essential step to end the war in Ukraine is for Russian citizens to pay a price for it. And part of that price must be not being able to travel as tourists to the European Union, something that Kallas defines as “a privilege and not a human right.” The first woman to reach the head of the Estonian Government, in January 2021, and who revalidated her position in July after obtaining Parliament’s endorsement to form a new coalition, part of the international press has dubbed her “the new lady of iron from Europe. This lawyer embodies the hardest line towards Moscow in the EU and in NATO. She rules out any concessions to the Kremlin, she only believes in dialogue if Russia fully withdraws from Ukraine and advocates passing the toughest possible sanctions against Moscow. In Tallinn, from where she spoke by videoconference with EL PAÍS this Friday, she claims to be “delighted” that Estonia “keeps Russia on alert.”

Ask: Why does Estonia support eliminating visas for Russian tourists?

Response: For three main reasons. The first is that we already have [en la UE] a sanction that vetoes air travel between Europe and Russia, so Russian tourists come through the three countries with which they have land borders: Finland, Estonia and Latvia. If we defend the idea that there is no travel between Europe and Russia, we should close this loophole. In addition, we cannot verify who these people are or if they pose a security threat. The second reason is that we have to maintain moral coherence; that is, each citizen is responsible for the acts of his country. If Russia is waging a war against an independent European country, then its citizens are also responsible for it. It is wrong that the Russians are enjoying their vacation while their country is at war. And the third reason is, of course, that we are not advocating a complete ban. There are exceptions for humanitarian access, family visits and for dissidents and asylum seekers. And the fourth point is that we all want this war to end. We want inflation to stop. We want energy prices not to increase. We want the migration crisis to stop. Everything is related to war. So we have to use the most effective tools for it to end.

P. And the ban on Russian tourists is?

R. From the Russian reaction, we see that this [la prohibición de los visados] it is something that really harms them because only 30% of Russian citizens have a passport, which means that it is mainly the residents of St. Petersburg and Moscow who travel to Europe. They are also the most influential in the Kremlin. If they are not satisfied, they might put pressure on their friends [en el Gobierno] to stop this war. Traveling to Europe is not a human right, it is a privilege and it is fair to withdraw that privilege if your country is fighting a war. If there are more than 70% of Russians who clearly support the war, they must also be held responsible for what is happening.

P. Do you think a peace dialogue is possible?

The dialogue can only be to push Russia back to its borders. What is at stake is the rule of law on an international scale, because if profits are made from aggression against another state, this could be an invitation to new aggressions elsewhere. the only thing to say [a Rusia] is “You can’t win this war. Stop this”. When Russia stops fighting, the war will end. If Ukraine gives up the fight, the country will disappear. That was said by the Ukrainian Prime Minister [Denys Shmyhal] and I understand it perfectly because that is also the history of my country. I believe that if Ukraine is pushed into some kind of peace negotiations on the grounds that it must give up some of its territory – a territory [ocupado por Rusia] which is now three times the size of Switzerland – will send the message that when you attack another state, you get benefits. We want to stop the energy crisis, inflation and migration out of Ukraine and this will only happen when the war stops and there is no risk that Russia will do what it has done again or take another step. We must support Ukraine as much as we can, with military and humanitarian aid and helping Ukrainian refugees, as well as sending a clear signal to Russia by applying heavy sanctions and reinforcing its isolation politically and internationally.

P. Could this further step be an aggression against another neighboring country like Estonia?

R. No country can feel safe as long as this war continues. Now we are talking about the neighboring states of Russia, but all the dictators and autocrats of the world are carefully watching whether Russia goes unpunished for this aggression to see if what Moscow has done is profitable because it will not be punished. For this reason, it is very important that we prosecute the war crimes that have been committed on the territory of Ukraine and also that the crime of aggression against another State be punished; that another independent country cannot be attacked, its people tortured and go unpunished.

P. Did NATO’s commitment in Madrid to increase its troops in the Baltic countries meet your expectations?

R. For us it is very important to move from deterrence to defense, which means being able to repel an attack from day one. What we got at the Madrid summit is a headquarters with troops the size of a division [unos 9.000 efectivos] in Estonia and other troops in allied countries with whom we can work together. I think it is a very important step because, although we do not see that Russia has plans to invade our territory, we must strengthen our defense so that it does not even occur to it. We are a NATO country. We have article five, which says that attacking one is attacking all, and that discourages Russia from taking that big step further.

P. Moscow accuses Estonia of having given shelter to the murderers of Daria Dugina, the daughter of a Kremlin ideologue.

R. It’s a Russian disinformation operation. His story [que una supuesta ciudadana ucrania mató a Dugina colocando una bomba en su coche antes de escapar a través de Estonia] not very believable. There is also a war of information, cyber and hybrid attacks from Russia, especially towards the countries that help Ukraine the most. We are pleased to make [Moscú] stay alert.

The price of data breaches reaches its highest level

The price of data breaches reaches its highest level