Journey to Paradise George Clooney and Julia Roberts remember when

‘Journey to Paradise’: George Clooney and Julia Roberts remember when and how they met
is the headline of the news that the author of WTM News has collected this article. Stay tuned to WTM News to stay up to date with the latest news on this topic. We ask you to follow us on social networks.

Last Friday, September 9, ‘Journey to Paradise’, the new romantic comedy by Ol Parker (‘Mamma Mia! Again and again’), premiered. This film represents the great reunion between the legendary Julia Roberts and George Clooney, who will play a divorced couple who travel to Bali to prevent their daughter from getting married, since they consider it a big mistake. The actors have met for this new project, this being the fourth time they have coincided on the big screen.

Before its premiere on the big screen, the entire team of ‘Journey to Paradise’ had the opportunity to answer various questions about the film and their participation in it. Clooney and Roberts did not stop making jokes, particularly him, who did not stop throwing sarcastic and funny comments towards the actresswhile maintaining respect for her at all times.

“I have fallen in love with George, without a doubt”Roberts said when asked about the experience during the recording. Given this, a sarcastic Clooney replied that this was normal and the most obvious, “a man in love with a horrible woman”. In addition, the actor added: “The most important thing for me was to be able to work with the queen of romantic comedies and sitcoms, but she couldn’t, so I worked with Julia.” The hesitation and sarcasm were continuous.

One of the questions at the press conference was when the two actors met, to which George replied “We met on ‘Ocean’s Eleven (Make Match)’… We were joking around for five hours. It has always been very easy for us to work together. They sent us the script almost at the same time, I called Julia and said “it will only work if you do it” and she said the same thing”Clooney explained. Both assured that they are very lucky to be able to work together.

On the other hand, actress Billie Lourd was asked if comedy and making others laugh is something that comes naturally to her, to which she replied: “I grew up with a woman who was funny all the time, my mom (Carrie Fisher). So not being funny meant almost like not being part of my family, so I need to be funny to survive“, Lourd confessed between laughs.

Other forms of participation

Roberts and Clooney did not stop joking during the press conference, but they wanted to make it clear that they were excited to be able to work together. She commented that she was delighted with the film and everything that surrounded said production, the cast, the filming location, etc. Roberts stated that they had been some of the most wonderful months of filming that he had experienced in his entire career. Clooney added that all of that was true, and that “To be honest, we are very lucky, we had a very good script for this film”he pointed out in reference to the writing team. 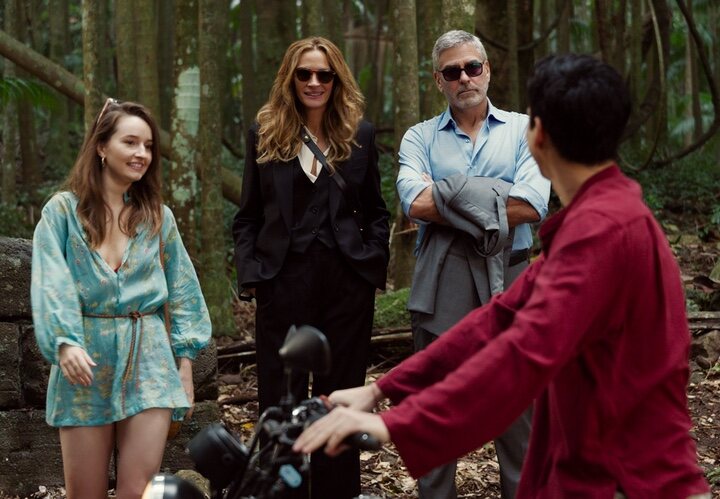 Also, the actors have also participated as producers of the film, with a double implication in the project. Clooney justified this participation in the following way: “I think that when you are older and you have been in this for many years you have to find other ways to participate… I think that Julia and I know that, as you get older, you need other projects”, he explained. Both stated that they have learned a lot from their participation as producers and that they have connected in a magical way during the project.

shortening the time between idea and solution