Each faction of Starfield will have its own beginning and

A new development diary has been published today Starfield in which four of the main project managers have commented on news about Bethesda’s long-awaited and ambitious space role-playing game. In addition to showing for the first time one of the companions that we can have in the game, during the video they have also given new faction system details that we will meet on our journey through the galaxy.

It is not the first time that those responsible for Starfield they talk about their factions and settlements: previously we were introduced to the main groups that we will see in the game, such as the United Colonies and the Freestar Collectiveas well as the pirates of the crimson fleet and the intrepid explorers of constellationbut now new details have been given about how our character can be integrated into these groups.

Different beginnings and ways of interacting

Each of the different factions will have his own narrative beginning to give context to our character if we choose to join her; For example, if we go with Ryujin Industries, a corporatist offshoot of Starfieldwe will experience what Will Shen, chief mission designer, describes as “one of the best starts of any faction” in which we applied for a position in a megacorporation and we have to show whether we measure up or not. 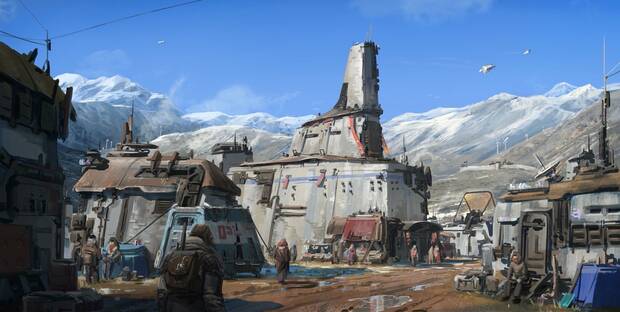 Another detail on which those responsible for Starfield is how the player can interact with the factions, focusing in the case of the Crimson Fleet: Todd Howard, director of the project, explains that not only are the enemies, but we can join themand Emil Pagliarulo, design director, adds that if a player wants roll As a good person, he can even become an ally or infiltrate this group of pirates to be able to inform his superiors as a kind of police or double agent.

Starfield arrive the November 11th to Xbox Series X/S and PC, being available from day one on Xbox Game Pass.

‘Puss In Boots: The Last Wish’: Trailer for the return of Antonio Banderas’ character to DreamWorks