‘Doctor Strange in the multiverse of madness’: Why is a Tyrannosaurus Rex on the cover of Empire?

Doctor Strange in the multiverse of madness Why is a


Although we have already seen what the UCM multiverse is capable of in series like ‘Loki’ or movies like ‘Spider-Man: No Way Home’, it will be in ‘Doctor Strange in the multiverse of madness’ where we will see all the possibilities of this narrative resource so used in comics. The trailers we’ve seen for the Benedict Cumberbatch movie show us a lot of details that we still don’t know how they will fit into Kevin Feige’s master plan for the franchise. But we did not expect the arrival of dinosaurs.

Empire magazine has recently released its cover dedicated to the film directed by Sam Raimi, and they have also presented the special cover for subscribers, the work of Chris Malbon, in which the visual delirium that the trailers already advanced us is unleashed. We also see the main characters of the film, such as America Chavez (Xochitl Gomez), Scarlet Witch (Elizabeth Olsen), Wong (Benedict Wong) or Mordo (Chiwetel Ejiofor), who has a new toy: a crossbow that could be the one that find the stars of ‘No Way Home’ in the basement. But the one who has not gone unnoticed is the Tyrannosaurus Rex on the right of the illustration. 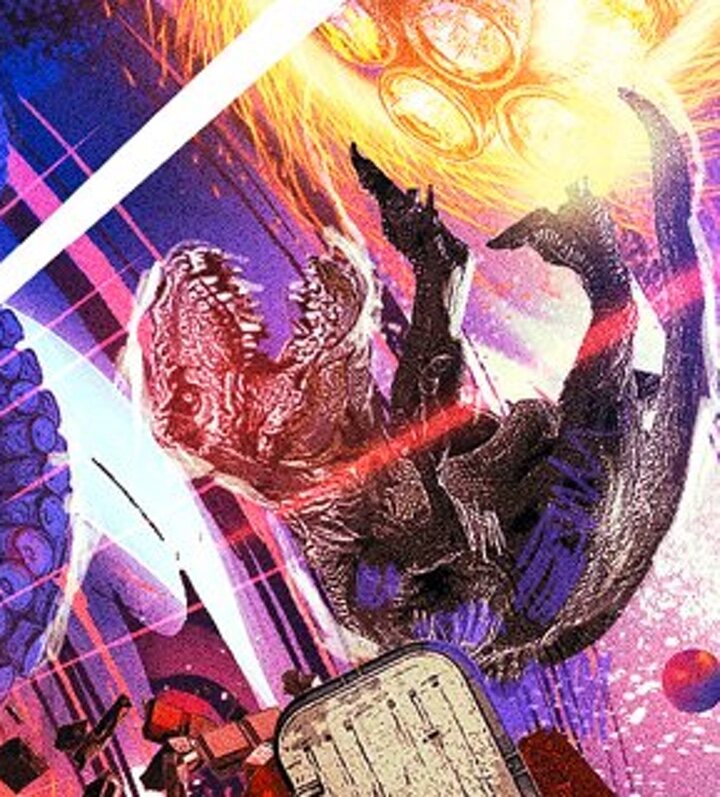 Why does a dinosaur appear accompanying Stephen Strange and the others? In the trailer released on the day of the Super Bowl there is a moment, which passes very quickly, in which we see Strange and America Chavez go through a location full of dinosaurs. The past, perhaps? Marvel fans have been quick to point out that most likely the Savage Land, a setting that first appeared in the comics in 1941 and was developed by Stan Lee and Jack Kirby in the X-Men comics beginning in the mid-1960s. It is about a hidden place in Antarctica where time stood still frozen in prehistory. It was the work of an alien named Nuwali, with the idea that it would serve to study the species that populated the Earth millions of years ago. Within the UCM it could have its importance because in the comics it was one of the main locations of the ‘Secret Invasion’ battle, a title that will sound familiar to you because it is a very important arc in the comics and it will have its own series very soon in Disney+.

What will be the role of the Savage Land, if it is the Savage Land, in “Doctor Strange in the Multiverse of Madness”, that remains to be seen. Empire magazine goes on sale Thursday, March 17, and it’s sure to come with some new detail on the ex-Sorcerer Supreme’s craziest adventure. The film will be released in theaters on May 6.

Fajardo or Gaviria, Fico or Char: the polls leave Petro’s rivals up in the air | International