Criticism, ‘Jane by Charlotte’: A daughter’s tribute to a mother

Criticism Jane by Charlotte A daughters tribute to a mother


In 1988, the renowned filmmaker Agnès Varda made a multifaceted documentary portrait of jane birkinone of the cinematographic and musical emblems of the 60s, united for eternity in the collective imagination with the legendary and always controversial Serge Gainsbourg. 33 years later, another director approaches the one who was the last yeyé girl, this time from a much more personal perspective, since it is about the tribute that the daughter pays to her mother. ‘Jane for Charlotte’ is Charlotte Gainsbourg’s tribute to her motherin addition to serving as personal catharsis, inviting the public to witness a unique personal moment.

For those who don’t know, Charlotte Gainsbourg and Jane Birkin suffered a blow in 2013, when Kate Barry, older sister of the documentary’s director, died after falling from a fourth floor in her apartment in the 16th arrondissement of Paris. A tragedy that caused Gainsbourg to go live in New York, causing a distance between mother and daughter. This documentary not only serves to show a natural and spontaneous approach, but also for Gainsbourg and Birkin to talk about topics that they would never have said if a camera were not in front of them, given the artistic spirit of both.

Thus, mother and daughter open the doors of their personal lives to the viewer. They do it in an honest way, focusing on both and on a female universe made up of grandmothers, mothers, daughters and granddaughters. It is interesting how the male figures, fathers, sons, husbands, lovers, are named almost above, quite a challenge, given the importance of Serge Gainsbourg, who appears within the context as if it were an omnipresent atmosphere, although without stealing leading role to Birkin or Gainsbourg. 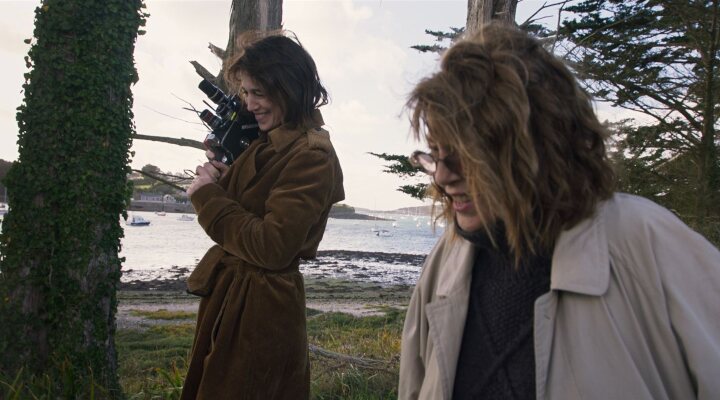 An intimate and personal documentary

Yes, it is true that mother and daughter take the opportunity to talk about the absent eldest daughter, Kate, whose absence has weighed on both of them like a slab. Moreover, this cinematographic exercise also serves to witness how wounds marked by tragedy heal. With no intention of going any further, Gainsbourg debuts as a director with a personal, chaotic and free-spirited feature film, the pure essence of Birkin, a woman who continues to fascinate as she is a living legend.

‘Jane for Charlotte’ must be valued as a personal testimony, a personal and family dedication with which Gainsbourg and Birkin invite the public to witness. Made with great care, the feeling is to be in front of a work so intimate that it only remains to applaud it. The actress from ‘Melancholia’ and ‘Antichrist’ demonstrates an exceptional ability to capture those memories, thus evoking the great Varda, who, in a way, is also in spirit. A fascinating tour for the conversations between a mother and a daughter.

The best: That sensation that it produces of seeing an intimate and personal facet of Gainsbourg and Birkin.

Worst: In some moments it goes from free.

The best PC game deals at Instant Gaming this weekend

5G connections will exceed 1 billion in 2022

‘Elvis’: Austin Butler ascends to the Olympus of rock in the final trailer of the Baz Luhrmann biopic

5G connections will exceed 1 billion in 2022