The controversy over the lack of a strong response from Disney to the ‘Don’t Say Gay’ proposal, which would prohibit talking about sexual and gender diversity in Florida schools, has reached levels too high for Bob Chapek. The current CEO of The Walt Disney Company has been justifying his silence all week and promising that they are on the side of representation and inclusivity. But the fact that the company has made financial donations to politicians clearly in favor of this homophobic proposition in a state where Disney has a lot of influence over Disney World has caused many company employees and members of the collective to cry out Darling. At Pixar, for example, they have come to say that Disney has censored LGTBQ+ affective plots in their films. 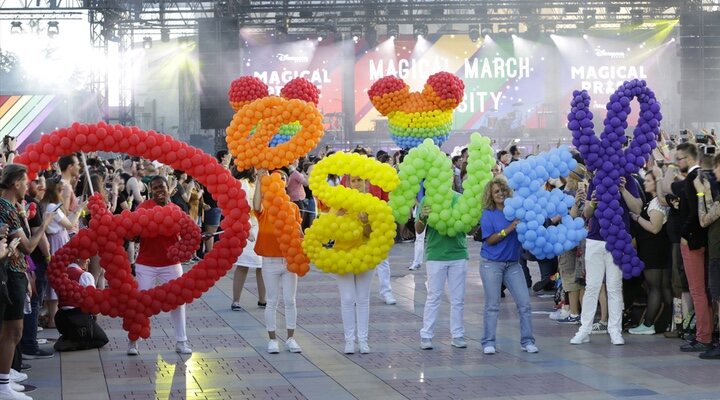 Last Friday, Chapek has sent a new statement to Disney employees, which has been made public through the company’s website. in it is directed “especially the LGTBQ+ community” Inside the company. He claims to have understood “how painful the silence has been” of Disney in the face of legislation that can become enormous discrimination for LGTBQ+ children and families in Florida. “Clearly this is not just a proposition issue in Florida, but another challenge to basic human rights. You needed me to be a stronger ally in the fight for equal rights and I have let you down. Sorry“ it says.

Changes in the model of political donations

He goes on to clarify that “tell inclusive stories”which was his initial idea to combat this type of law, is not enough. “We must also fight for the rights of all”. That is why he announces not only that he is going to make larger donations to organizations “that fight similar legislation in other states”and that they are going to “create a new political donation structure that ensures our support better reflects our values”but also paralyzes all kinds of donations to Florida politicians “until they are reviewed”. He also states that he will continue to be in contact with the LGTBQ + community to become “in a better ally” and says that he will continue to inform you in the coming weeks of the steps he has taken. “I truly believe that we are an infinitely better and stronger company because of our LGBTQ+ community. I have failed in this case but I am an ally you can trust – and I will be a direct spokesperson for the protection, visibility and opportunity you deserve.” concludes.

Along with the letter from Bob Chapek, two of the studios belonging to The Walt Disney Company, Walt Disney Animation Studios and Lucasfilm have published two messages on Instagram in support of their LGTBQ+ employees. animation studio says: “We reject any legislation that infringes on your fundamental human rights. You deserve to feel safe, respected and able to live your lives fully and free from discrimination”. The house of the ‘Star Wars’ saga also criticizes the Florida law and those that are underway in Texas, Idaho and more states in the United States. “Lucasfilm has always supported and will always support the values ​​of hope, courage and community, and we will remain dedicated to making sure we represent those values ​​better than ever.”.

Hopefully all this controversy will help things really change within Disney and the company is a consistent ally and not the umpteenth company that runs to put up the rainbow flag in June but then censors diversity in its films or supports homophobic policies. According to Deadline, there is still a lot of work to be done because this week some 800 LGTBQ+ employees of the company denounced discrimination or censorship within the company.

Outward will launch its definitive edition on PS5, Xbox Series X/S and PC with many new features