‘Avatar 2’: Zoe Saldaña says she cried watching 20 minutes of the sequel: “Prepare yourselves”

Ever since ‘Avatar’ revolutionized cinema with its 3D technique and became the highest-grossing film of all time, its director, James Cameron, has promised us the expansion of the world of Pandora with several sequels. The first of them was going to arrive a few years ago, but was postponed multiple times due to production setbacks and later due to the pandemic. 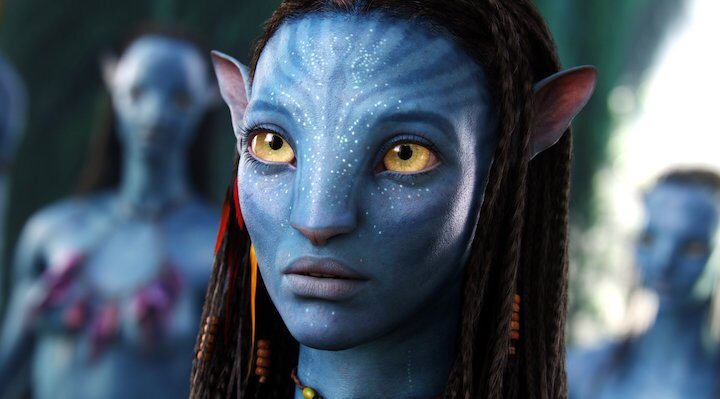 Although we will have to see it to believe it, it seems that ‘Avatar 2’ is not going to be delayed again and, If everything goes according to plan, we will finally have it on our screens on December 16, as recently assured by the president of 20th Century Studios, Steve Asbell. Until now we have been able to see very little of the film, in the form of various concept arts and first images, but to whet your appetite, we already have the first reaction to the footage, and it comes from one of its protagonists, Zoe Saldaña.

In an interview with journalist Kevin McCarthy on the occasion of his new movie for Netflix, ‘The Adam Project’, the actress revealed that she has already seen 20 minutes of the sequel and that she gets excited just thinking about it.

“I was speechless…I was moved to tears.”

“I only got to watch 20 minutes of the second installment at the end of last year and I’m speechless“it says, “I cried with emotion. And one thing that not everyone knows about Jim [Cameron] is that he is also very weepy, he has a heart of gold. He is very steadfast and focused, but he also has a very soft heart, which is why he is so protective of him. With the stories he creates he has an outlet and this one is going to be exciting. ‘Avatar 2’ is definitely a leap from the first. You have to prepare, it will be an adventure that you will not forget“.

In addition, the interpreter also ensures that Cameron has mastered the challenge of underwater motion capture after dedicating years of work: “He has. It’s powerful”. Surely we will still have to wait a bit to see the first trailer, so for now we will have to settle for Saldaña’s words, that advances a more emotional film than perhaps we expected.

Zoe Saldaña recently revealed in an interview with Entertainment Weekly that his former agent advised him not to use his real last name when he started his Hollywood career landing his first major role in the 2000 film ‘The Rhythm of Success’. Although the actress, born Zoe Yadira Saldaña Perego, clarifies that she does not believe that there was any bad intention on her part (“They never tried to make me not be who I am”), agreed to change the “Ñ” in his last name to an “N” to Americanize his name and fit in with Hollywood.

The actress, who now claims her real surname, acknowledges that today it would be in bad taste to give that adviceadding that his agent “I did what was best for me, although I still knew that I liked my name”.

Why Twitter wants us to see ‘featured’ tweets first | Technology