Ata Ghoutbi and the Road to Success

Ata Ghotbi and the road to success

Part one: Escape from repetition

Ata Ghoutbi, an 18-years-old young man, whose daily routine of the antiquated education system no longer met his needs as it had become repetitive for him, left school to pursue new experiences and set out to fill in the missing pieces of his life.

Over the next two years, he experienced many jobs such as blacksmith, motor courier, and even picking up passengers and selling food inside schools. But none of these calmed him down, nor satisfy his rebellious desire to grow. The normality was the death of his soul. He would rather be nothing than be ordinary. From then on, he escaped from everyday life, and his calmness was transformed to dynamism and excitement. The same dynamism and excitement that could have brought him to the peak of prosperity and success or pushed him to the depths of the roaring waves of failure and despair.

To follow this unknown path, he needed a powerful and wise supporter who he could rely on during difficult times. A strong, powerful and wise supporter of the young and energetic Ata Ghoutbi was his mother; someone with a catering background and stellar reputation as manager in various school cafeterias. Ms. Zahra Pirnia never hesitated to support her son and the path he had chosen, and stood behind her son’s ambitions and aspirations. Wherever he deviated from the path or had an unsolvable problem, his mother, like relentless comrade, would take him by the hand and lift him off the ground.

Ata Ghoutbi’s trial and error, and his quest to create something unique, continued into the years to come. He knew he had to use everything to become stronger and develop himself. Besides work, he went back to finish his education. In addition to his university education, he welcomed any knowledge that matched his goals, from business management courses to stock market investment analysis. All of this was attractive to him as long as they had something new to offer, but because he was not looking for a degree, he left most of these courses incomplete. 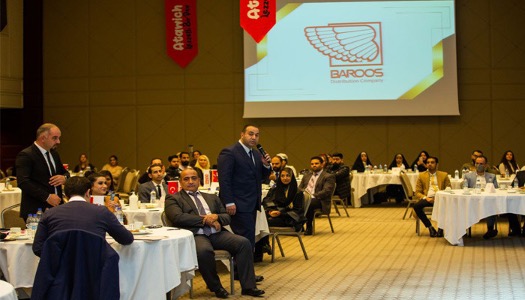 From the age of 18, he saw the manifestation of his inner values in giving people a new experience. So, he rented his father’s small store, which was in one of the side streets of Marzdaran. A new chapter of his life began. The store was selling well and the customer base was growing. Unsatisfied with normalcy, he constantly and out of the ordinary routine of business, advertised, expanded his business and, inevitably wasted a lot of money. Due to his inexperience, he went bankrupt twice from 2005 to 2008, once due to his inexperience in money management and again for the expansion of the business through the establishment of subsequent branches without the necessary infrastructural support. Both times, with the support he had and by enduring the most difficult and unbearable conditions, he managed to overcome the crises and stood up again. During this time, his mother took over the management of the finances and the affairs of the creditors and he himself had to be the store manager, the cashier, the chef and the delivery driver. 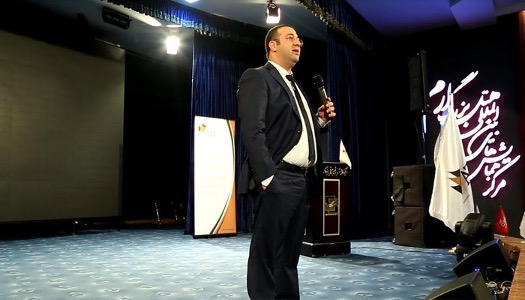 Part four: The birth of the Atawich brand

In 2008, Ata Ghoutbi was a 23-years-old man with two bankruptcies and a world of financial debt and trouble. Maybe these hardships and problems were the definitive end of the adventure for other people, but not for him.

With previous experiences he gained at great cost, and with the knowledge he had obtained through hours of study and education, he knew he had to build his own brand. He had to make a brand that was different, a brand that reflected his own values.

Using the advice of several experts in the field of advertising and his own creativity, he cleverly chose the brand name by combining his first name with the last three words of the sandwich: “Atawich”

Then he sought to find the core differences between his brand and his competitions. Atawich’s products of different sizes and dimensions created a distinct image of the brand. Ata believed that eating should be enjoyable, and the appearance and taste of the food should be exciting. This idea became his brand’s identity.

The motto of Atawich’s fledgling brand was: Atawich is not a sandwich! 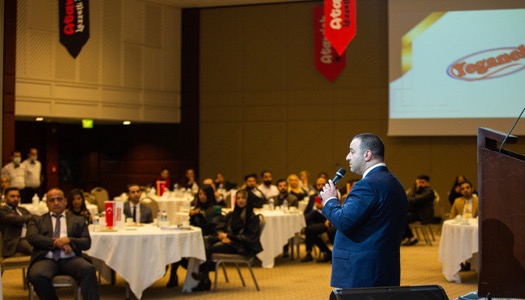 As time went on and sales increased, Ata settled all the debts related to his previous bankruptcies and even managed to open several new branches.

He was well aware that in order to continue the process of progress, he had to add capable, specialized and reliable people to his system. He worked tirelessly day and night. He continued writing down his short, medium and long-term goals and measured his progress daily.

In 2009, Ata Ghoutbi, with its seven Atawich branches, dreamt of becoming the most famous fast-food chain in the world in terms of product and service innovation. He was by no means satisfied with his current situation. To solidify his vision, he had to create the infrastructure appropriate for his objectives.

The project of standardization and brand integration had now taken shape. After years of team effort, it was time to unveil the brand’s new-look. For the first time in Iran, a fast food chain was created that developed and implemented its brand, cooking, behavior and coverage standards in a consolidated manner. Ata had developed and compiled his own brand booklet. The franchise deployed its website, Android and IOS applications in Iranian and foreign App Stores.

For the first time, many billboards in Tehran displayed Atawich to the passersby, and advertisements spread widely on television networks and online websites. This coincided with the peak of brand recognition. The number of Atawich franchise applicants and vendors increased rapidly and the number of branches throughout Iran grew exponentially.

Even the most optimistic people did not anticipate the dimensions of this great success. Gradually, the infrastructure of the brand did not meet the size and geographical distribution of branches. Thus, the customer reach presented a new and complex challenge to Ata Ghoutbi. On the contrary, the growth of the crowd and the thirst of people to experience this new brand moved forward relentlessly.

At the same time, Ata Ghoutbi, with the dream of globalizing his brand, was looking towards the markets of neighboring countries, especially Turkey. So, the board allocated more money and credit to build the necessary infrastructures and establish the first branch in Turkey. A move that severely limited the organization’s financial resources and put severe pressure on the entire system, while establishing the next chapter in the life of Atawich brand.

After four years of growth and development, 2015 was the beginning of the decline of the Atawich brand. The brand was now plagued by a premature decline and the passage of time made things worse. The number of dissatisfied customers increased, until a number of Atawich branches were forced to close. As the situation worsened, the economic pressure on the organization and Ata Ghoutbi himself increased day by day and the symptoms of the disease became more visible.

Ata Ghoutbi had to make a big decision here. He had three paths to follow:

But Ata Ghoutbi was a man of hard times. He was not a man to leave work unfinished. Most importantly, Atawich brand was like his son. How could he sell his child or take a profit and leave it to die?

The first two options, not only would have saved him from a complete bankruptcy, but also would have provided a huge cashflow to him. Despite feeling the shadow of a bankruptcy looming on his head, he chose the third way.

Fatigue, frustration and the slightest mistake could have closed Atawich forever and put Atawich next to the other failed big names.

But Ata Ghoutbi had prepared himself for the next battle. He worked as if his life depended on it. He came earlier than everyone else and was always the last one to leave. He cut extra costs, streamlined the management team and planned everything. He left his long-term plans unchanged and restructured his short-term plans to achieve the long-term goals.

Whatever revenue the organization made, along with the sources obtained from his name credit, he used to repair the infrastructural defects without any shortcomings. In the following years, he took as much bank loans as he could and spent on the development of the organization. He continued his fight and never got tired. He employed the best professionals and experts in various fields, until, little by little, the signs of progress and improvement appeared. He managed to solve one of his biggest problems, namely, the supply of raw materials by setting up the Irangoosht factory, and repaired the main link in his supply chain. From the last months of 2018, sparks of hope appeared and gradually the downward trend of the organization turned upward. Ata Ghoutbi had managed to get through the organization’s decline with stubbornness, foresight and tenacity. This marked the beginning of stability and prosperity for Atawich brand. 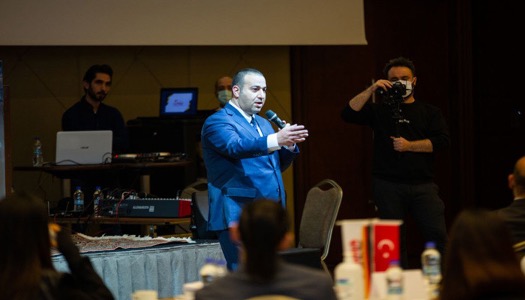 In 2021, Atawich with 70 active branches throughout Iran, 2 running and 35 new branches opening in Istanbul, Turkey, and one branch in Sulaymaniyah, Iraq, with direct and indirect employment of more than 8,000 people, is the largest and most successful fast-food chain in the history of Iran.

No one knows where the end of the path and aspirations of this 36-year-old entrepreneur will end. With the same energy and enthusiasm, he continues to closely follow the development of his Turkish branches. Additionally, he envisions to expand Atawich to other parts of the world. We don’t know what the future holds, but one thing is clear that no barrier can stop his never-ending ambitions.

5 ways to open frozen pipes without damaging the pipe

3 Days in Dubai – Where to Visit in Dubai

5 ways to open frozen pipes without damaging the pipe

Why is it better not to use toilet paper?

Why do we have to put a pillow between our knees at night?

The incredible benefits of hugging that you did not know!