The Star Wars hotel at Disney World might be having

After years of waiting, this month the ‘Star Wars: Galactic Starcruiser’ has opened at Disney World, a hotel inspired by the Halcyon space cruiser that offers a totally immersive experience to its visitors for two nights. Of course, to those who can pay more than 5,000 dollars for it. With this, the rates that were announced at the beginning go up a lot. Although he made sure that the first four months were sold out, little by little it seems that people are thinking twice before going. 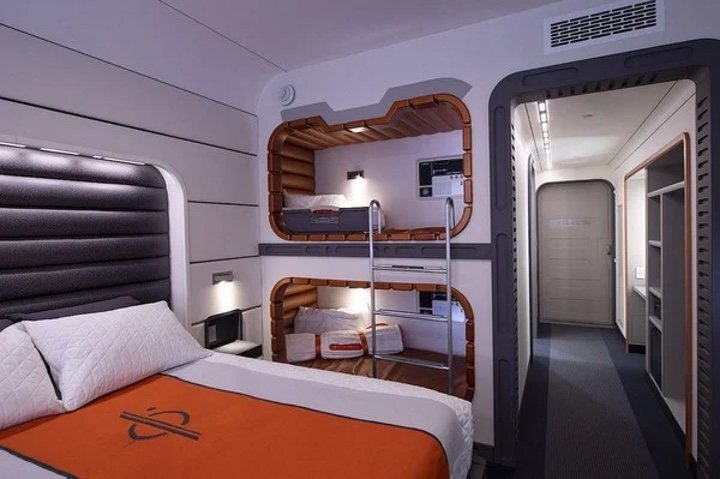 According to Inside The Magic, a large wave of cancellations took place after a promotional video that received much criticism because the cost of the room did not match the service that it seemed to give in the images. After that, several tweets appeared in which it was ensured that there were more and more dates available on the calendar and the video was deleted.

The open availability is definitely increasing, they’re up to 16 “2-day experiences” open as of right now. When this whole kerfuffle began when the video was released, it was only like 6 or 7.

“Meanwhile, on the space cruiser…”.

“Open availability is definitely going up, there are up to 16 ‘2 day experiences’ open as of now. When all this fuss started when the video was released, it was only like 6 or 7.”

“What does it look like starting in March? I’m curious if it’s busier in the summer.”

This would join the information that SFGATE has echoed, where it ensures that the hotel is having problems filling the hundred rooms it has. Apparently practically all dates from August onwards are free, as well as some weekends in June and July. The first comments about this experience are mostly positive. Despite this, some say that people who are not willing to get fully into the history of the space cruiser will not find it worth it, as well as that some accommodations are small and only have a screen that reproduces the space. It also does not have a pool or spa.

This hotel / attraction has some rooms such as the launch pods, the atrium where the crew and passengers meet or the bridge from where the ship is directed. In addition, it is also possible to receive classes to control your lightsaber like a Jedi, a room that is quite reminiscent of the bar where we saw Obi-Wan and Anakin in ‘Star Wars: Episode II – Attack of the clones’ and a restaurant with different performances.

From there, excursions to ‘Star Wars: Galaxy’s Edge’, the franchise’s themed area in the park, are also organized. Some of its attractions include a smugglers’ race in the Millennium Falcon and a battle against the First Order.