‘The power of the dog’ and ‘Dune’, great winners of the BAFTA 2022 and ‘CODA’ gives the surprise

The power of the dog and Dune great winners of


And London went back to dressing up as a movie. On the night of this past Sunday, March 13, the 75th BAFTA Awards ceremony took place. The emblematic Royal Albert Hall concert hall was, for the sixth consecutive year, the setting for the most important awards of the British Film Academy. At a protest gala with Rebel Wilson acting as mistress of ceremonies, ‘The Power of the Dog’, Jane Campion’s twilight western, met expectations and won the awards for best film and best direction. Nevertheless, ‘Dune’, Denis Villeneuve’s science fiction epic, was the big winner of the night with a total of five prizes.

The BAFTAs have once again acted as a prelude to the Oscars, with a red carpet full of stars. After a 2021 in which the British Academy opted for a telematic gala due to the coronavirus pandemic, 2022 has been the return with a ceremony in which there have been no restrictions or attendees in the room with masks. A night in which protest and identity messages have not been lacking and in which Rebel Wilson has shone, wasting humor, with accurate comic moments about the royal family and the British government.

There has also been no lack of solidarity with the people of Ukraine, with several moments of tribute. The president of the BAFTAs, Krishnendu Majumdar, paid tribute to Ukraine at the beginning of the gala, also remembering the journalists who are covering the invasion in the European country, several of them also members of the Academy. To the words of solidarity was added Andy Serkis. The director and actor, who handed out the award for best direction, asked Priti Patel, British Home Secretary, for greater speed in welcoming the refugees.

‘CODA’ stalks the favorite ‘The power of the dog’ 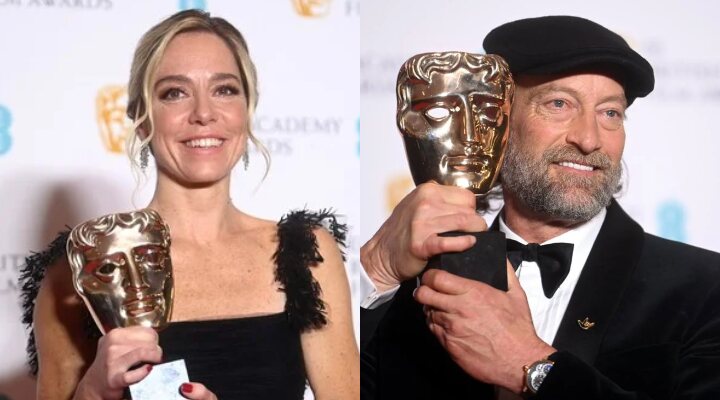 Regarding cinema. ‘The power of the dog’ has consolidated its status as a favorite, although just barely. He has only won two awards out of the eight he was eligible for. Yes, they are both in key categories, but his victory has been overshadowed by that of ‘CODA: The sounds of silence’which has given the surprise by achieving the BAFTA for best adapted screenplay and best supporting actor for Troy Kotsur, who consolidates his sorpasso to Kodi Smit-McPhee. The remake of ‘The Bélier family’ already threatens to be a solid alternative to Campion’s epic western.

Nevertheless, the big winner of the night was ‘Dune’. The epic feat of Canadian Denis Villeneuve won five awards– Best Cinematography, Best Original Music, Best Production Design, Best Sound, and Best Visual Effects. Of course, none of the awards could be seen in the broadcast of the gala, which was deferred and edited for television.

The defeat of ‘Belfast’ and the consolidation of Will Smith, Troy Kotsur and Ariana DeBose

Regarding the rest of the winners. Will Smith was consolidated as the favorite for the Oscar, by winning the BAFTA for best actor for ‘The Williams method’, defeating Benedict Cumberbatch. Another that is consolidated in the race for the statuette is Ariana DeBose. The interpreter won the BAFTA for best supporting actress for ‘West Side Story’. In the category of best actress, the only one in which none of the Oscar nominees is eligible for the award, Joanna Scanlan gave the surprise for ‘After love’. ‘Encanto’, ‘Drive My Car’ and ‘Summer of Soul’ revalidate their favorite titlesby obtaining the awards for best animated film, best foreign language film and best documentary film, respectively. 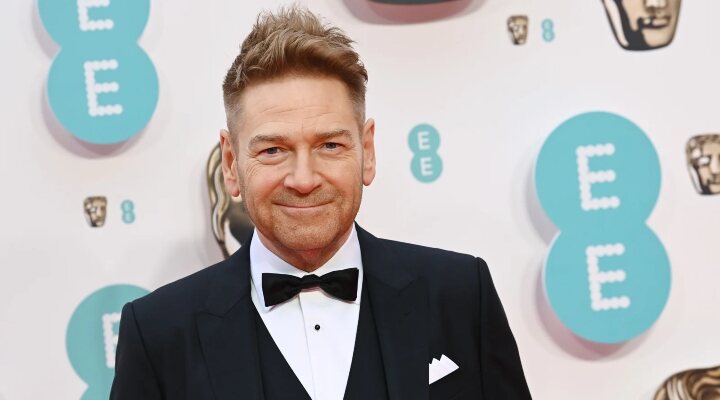 The big loser has been ‘Belfast’. Kenneth Branagh’s Intimate Proposal only won Best British Film. His options for the Oscars have diminished against ‘The power of the dog’ and ‘CODA: The sounds of silence’. Just one upset at the Producers Guild of America Awards. (with a preferential voting system similar to that of the Oscars) I could make it a favorite again.

A ceremony that has also paid tribute to one of its most emblematic sagas, ‘James Bond’. The iconic Shirley Bassey, the only singer to have sung three songs for three films in the saga (‘James Bond vs. Goldfinger’, ‘Diamonds Are Forever’ and ‘Moonraker’), took the stage to delight the audience with ‘Diamonds Are Forever’ ‘, obtaining the whole ovation of the assistants.

– ‘The Power of the Dog’, by Jane Campion

– Jane Campion, for ‘The Power of the Dog’

– Audrey Diwan, for ‘The Event’

– Ryusuke Hamaguchi, for ‘Drive My Car’

– Aleem Khan, for ‘After Love’

– Benedict Cumberbatch, for ‘The Power of the Dog’

– Leonardo DiCaprio, for ‘Don’t Look Up’

– Will Smith, for ‘The Williams Method’

– Lady Gaga, for ‘The House of Gucci’

– Emilia Jones, for ‘CODA: The Sounds of Silence’

– Renate Reinsve, for ‘The Worst Person in the World’

– Joanna Scanlan, for ‘After Love’

– Jesse Plemons, for ‘The Power of the Dog’

– Kodi Smit-McPhee, for ‘The Power of the Dog’

– Jessie Buckley, for ‘The Dark Daughter’

-Ariana DeBose, for ‘West Side Story’

– Aunjanue Ellis, for ‘The Williams Method’

– ‘The Williams Method’, by Zach Baylin

– ‘Being the Ricardos’, by Aaron Sorkin

– ‘CODA: The sounds of silence’, by Siân Heder

– ‘Drive My Car’, by Ryusuke Hamaguchi and Takamasa Oe

– ‘The Power of the Dog’, by Jane Campion

– ‘The Dark Daughter’, by Maggie Gyllenhaal

– ‘The Mitchells vs. the Machines’, by Michael Rianda

– ‘Cousteau: Past and Future’, by Liz Garbus

– ‘Rescue in the deep’, by Elizabeth Chai Vasarhelyi and Jimmy Chin

– ‘It was the hand of God’, by Paolo Sorrentino (Italy)

– ‘The worst person in the world’, by Joachim Trier (Norway)

– ‘The Gucci House’, by Ridley Scott

– James Cummings (screenplay) and Hester Ruoff (production), for ‘It Boils’

– Aleem Khan (direction and script), for ‘After love’

– Jeymes Samuel (direction and script), for ‘The harder the fall’

– ‘It was the hand of God’ – Massimo Appolloni and Annamaria Sambucco

– ‘The Tragedy of Macbeth’ – Bruno Delbonnel

– ‘The Alley of Lost Souls’ – Tamara Deverell and Shane Vieau

– ‘No Time To Die’ – Tom Cross and Elliot Graham

– ‘The power of the dog’ – Jonny Greenwood

– ‘Being the Ricardos’ – Daniel Pemberton

– Do Not Feed the Pigeons – Vladimir Krasilnikov, Jordi Morera and Antonin Niclass

Charles Michel: “If NATO enters the conflict between Russia and Ukraine, we will fall into the third world war” | International

Why fleeing Ukraine is not fleeing Syria | International

Why fleeing Ukraine is not fleeing Syria | International