The Ms. Marvel series could premiere next June on Disney+

The Ms Marvel series could premiere next June on Disney

Since his comics debut in 2013, kamala khan He has become one of the favorite characters of the new generation of Marvel and his jump to the Marvel Cinematic Universe is one of the most anticipated. The Muslim superheroine debuts in her own series for Disney +, ‘Ms. Marvel’, where we will see the newcomer Iman Vellani in the skin of the teenager with powers from New Jersey, a fan of superheroes and specifically, of Carol Danvers (Captain Marvel). 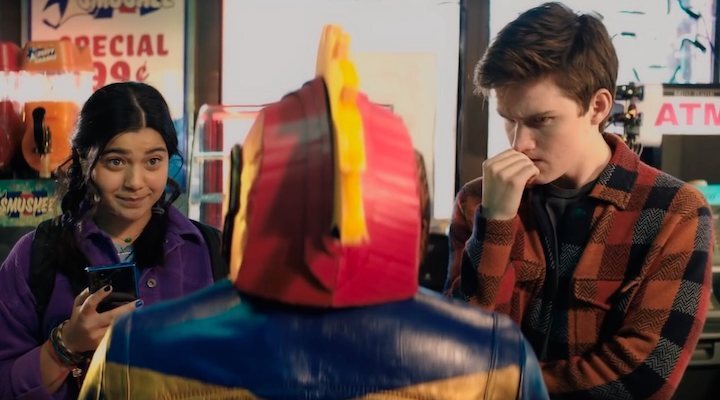 The series was initially planned for 2021, but Disney postponed its premiere to this year without explaining the reasons. The most widespread theory is that Marvel wants to bring her closer to ‘The Marvels’, where we will see Kamala again with Carol and Monica Rambeau (Teyonah Parris), and whose premiere was delayed until February 2023. On the other hand, the series raised controversy among fans of the character, since apparently his powers would have been changedso it is also believed that this extra time could be used to modify it, although these are only speculations.

Well, after a long wait, it seems that we already have unofficial information about when we will see the series on Disney +. At Disney’s recent annual shareholders meeting, the company’s CEO, Bob Chapek, confirmed that ‘Ms. Marvel’ would premiere between ‘Moon Knight’ and ‘She-Hulk’. To this data is added the information from The Hollywood Partnership (via The Direct), which has revealed that the premiere of ‘Ms. Marvel’ will take place on June 2, 2022, with which it is believed that the series would arrive on Disney + the following Wednesday, that is, on June 8, 2022. Although there is no official confirmation, everything indicates that June is the month chosen for the arrival of Kamala Khan at UCM.

And what about She-Hulk?

Information about the premiere of ‘Ms. Marvel’ indicates that we will have to wait a long time for ‘She-Hulk’. If ‘Moon Knight’, with Oscar Isaac, opens on March 30 and ‘Ms. Marvel’ is expected in June, this would surely place ‘She-Hulk’ in late summer or early fall at the very least, following the pattern of Marvel releases. So be patient, there is still a bit to discover Tatiana Maslany as Bruce Banner’s cousin. Meanwhile, we can already see the look of Jennifer Walters transformed into Hulka thanks to the new merchandising of the series.

4 keys to the evolution of teleworking in Spain

4 keys to the evolution of teleworking in Spain