‘The Batman’ maintains a Spanish box office that, although falling, is still above 5 million

The Batman maintains a Spanish box office that although falling


As expected, Robert Pattinson’s Bat Man returns to lead a Spanish box office that unfortunately falls back to 5 million euros in revenue on the weekend of March 11 to 13. With a collection of €1,969,435, ‘The Batman’ has been the most viewed film in its second week in theaters and accumulates a total of 6.5 million. The DC superhero movie, which falls 42%, was projected on 1,106 screens in 397 cinemas, with an average of €1,958 per screen and a total audience of 280,783 people.

In second place remains ‘Uncharted’, which falls only 24% compared to last week and adds €609,200 to a total that has just exceeded 10 million euros. Starring Tom Holland and Mark Wahlberg, after 5 weeks since its premiere the film could still be seen in 332 theaters where it has grossed an average of €1,354 per screen.

The first surprise in the ranking sneaks directly into the third place in the top of Comscore, because instead of being a movie we are talking about a concert, the ‘BTS Permission to Dance on Stage. Seoul: Live Viewing’ of the popular K-Pop group. The event could be seen on 199 screens in 156 cinemas, where he has pocketed an average of €3,005 per screen and a total of €597,982. Quite an impressive figure for this type of projection.

In fourth place we find the first premiere of the week, the only one in the top 5. Sony has released the zombie comedy ‘Malnazidos’ in 363 cinemas, where it has made an average of €735 per screen thanks to the 54,075 spectators who have I went to see her at the weekend. Directed by Alberto de Toro and Javier Ruiz Caldera, ‘Malnazidos’ has managed to raise €362,500 at its premiere. Quite weak figures for the brutal promotional campaign that its distributor had launched.

Closing the podium is the animated film ‘Ainbo, the Amazonian warrior’, which remains strong after three weeks in theaters and drops only 12% and one position on the list. Distributed by Flins and Piniculas, ‘Ainbo’ was projected on 489 screens where it has added €293,610 to a total of 1.14 million. 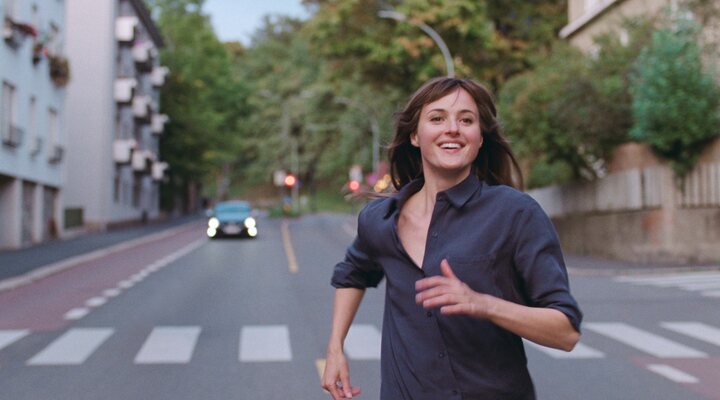 The list continues with ‘Muerte en el Nilo’ in its fourth week (sum €273,235) and ‘¡Sing 2!’ which has been in commercial theaters for 3 months and with €196,662 collected, it only falls 16%, exceeding 9 million euros in total. Also surprising in eighth position is the premiere of ‘The Worst Person in the World’, which although it has only pocketed €129,802, it must be taken into account that it was seen in no more than 105 cinemas and 105 screens, for which it has achieved an average of €1,236 in them, the fourth best of the week.

They close the top 10 ‘Spider-Man: No Way Home’ and ‘Official Competition’ leaving Peter Dinklage’s ‘Cyrano’ and the antics of ‘Jackass Forever’ out for very little.

In general terms, and although we are not talking about an outrageously low total, this weekend the global box office has fallen by 17% compared to the previous one, raising 1.05 million euros less and attracting only 676,434 people to theaters (the past exceeded 900,000 spectators). Among the 20 most viewed films of this period, the Spanish box office has bagged €5,078,678, the third best figure of the year, only behind that of February 11 to 13 with the premiere of ‘Uncharted’ (the global box office reached 5.3 million) and from March 4 to 6 (6 million euros).

Unfortunately, Friday the 18th is not going to leave us with any especially powerful premiere that will breathe a good breath of oxygen into the Spanish box office. Among the more than 10 new films that will be released in our theaters this week, highlights include Universal’s animated proposal, ‘The Bad Guys’, a DreamWorks production based on the best-selling children’s book by Aaron Blabey. Made in Spain We get the action thriller ‘Emperor Code’ starring Luis Tosar and the rogue Andalusian comedy ‘The world is yours’, the third installment in the saga of the compadres Rafi and Fali. Among the more independent shows, we shouldn’t lose sight of the French ‘The Event’ and ‘The Man in the Basement’ and ‘The Protected One’ from the US.