‘Star Wars’: Ewan McGregor and Hayden Christensen are honest about how they lived the hatred of the prequels

Star Wars Ewan McGregor and Hayden Christensen are honest about

For some of the most long-time fans of ‘Star Wars’, the prequel trilogy was a disaster, and so they let the world know by sharing their hate and frustration. Much of it was directed at Ahmed Best, actor under the controversial Jar Jar Binks; but no member of the team managed to escape harsh criticism, not even the father of the saga, George Lucas, who received numerous negative comments, generally directed at his dialogue. 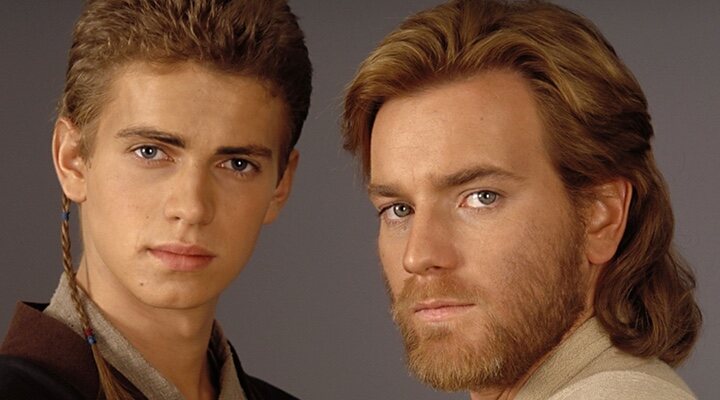 Ewan McGregor and Hayden Christensen remember now how they lived thatan angry reaction from the fans that was harsh for everyone. “I found it quite difficult”confesses McGregor in statements to Entertainment Weekly. “It was quite difficult to handle personally that after the premiere [las películas] were so harshly criticized. And it was also early in my career, I really didn’t know how to deal with it. I had been involved in projects that hadn’t received much attention, which is different from being part of something that generates a negative reaction.”.

Christensen agrees with his partner, assuring that “When the movies came out and the critics were very critical, of course it was a difficult thing because you care so much and you’ve thrown yourself completely. Of course it’s a challenge“. Challenge that permeated everything with a feeling that invited the stars of those films to leave that stage behind. In fact McGregor shut down after that and, in numerous interviews, he made it clear that he didn’t want to come back. The thing changed, years later, when the fandom began to value his work differently.

“Now I know the people we made those movies for, who were the kids of the time”McGregor says. “And our ‘Star Wars’ movies are their ‘Star Wars’ movies. The way Carrie Fisher, Alec Guinness, Mark Hamill and Harrison Ford’s movies were ours, we’re theirs. And it’s great that were important to the children who made them. It is very cool that we finally get a positive reaction“.

10 years have passed since ‘Revenge of the Sith’ and the Jedi master that heads ‘Obi-Wan Kenobi’ is still broken. “Obi-Wan is lost”says McGregor. “He’s a broken man after what happened to the Jedi Order at the end of Episode III, and also what happened to Anakin, who he lost when he was seduced by the Dark Side. He feels an enormous responsibility for that, and blames“. Feelings with which we started in the series that premieres on Disney+ on May 25.

Even so, the Lucasfilm team was careful not to draw a story that was too dark, for which they have had Deborah Chow as director and Joby Harold as screenwriter. “Ultimately we wanted to tell a story hopeful and uplifting“, explains Kathleen Kennedy, president of the aforementioned study. For this they have had Joel Edgerton, Moses Ingram or Indira Varma completing their cast. We’ll see if they rise to the challenge.

This is how Windows is installed on the laptop