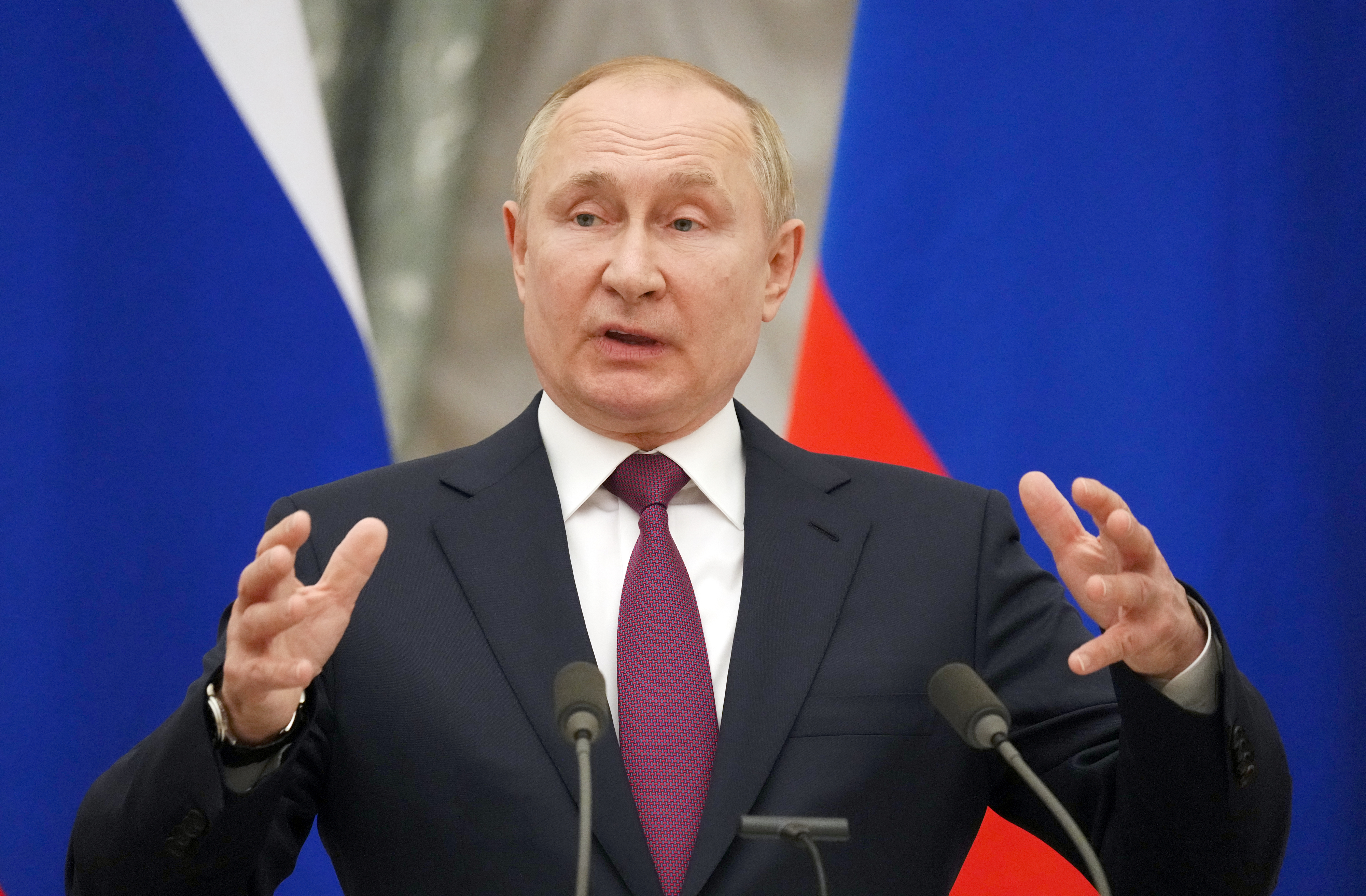 Were it not for the extreme gravity of the events we are experiencing, Putin’s latest appearances would be comical: receiving Macron at a table worthy of The Last Supper of Leonardo, or announcing to the world the arrival of the apocalypse. The nonsense evokes the memorable scene of The great Dictator in which a fanciful Hitler, played by Chaplin, plays with a globe that rotates on the palm of his hand. This time, it is Putin’s hand that caresses the red nuclear button. A delusion of terror and greed. It is not enough for him to govern the largest country on the planet (with an extension four times that of the EU) he feels the urgent need to invade his neighbor.

Putin’s power, absolute, arbitrary and cruel, is that of the tyrant. A personalist dictatorship – a putincracy― taken to the extreme of equating his person with the state, so that any threat to his position, including a popular uprising, is perceived as a threat to Russia, i.e. beautiful case. Hence the assertion that economic sanctions imply a declaration of war. Faced with the paralyzing blackmail of causing a nuclear Armageddon, it is useful to recover the ancient teachings of Sun Tzu, the principles of knowing how to win without fighting. Namely: to attack the plans and alliances of the enemy. Finally, when there is no other alternative, the troops and fortifications. In that order.

Joe Biden tried to dismantle the plans with “megaphone diplomacy”. The sanctions would be aimed at undermining national alliances, surrounding Putin from different rings, from the closest of the oligarchs and collaborators, to the most distant from the Russian people. If he were aware of being led into an inexplicable world war, he could break the social contract, whose first clause is the guarantee of security. Among the international allies, China stands out as a facilitator of Putin and, therefore, with moral responsibility.

The situation demands the involvement of Beijing, even out of self-interest, since the risks of a failure in Ukraine are various. With its unwavering support for Moscow, Beijing risks, if only by image association, becoming a fellow traveler in Putin’s descent into hell. The lower it goes, the worse. An adverse result could call into question the autocracy underpinned by Xi Jinping, achieved, as in the case of Putin, at the cost of dismantling the model of collective leadership that Deng Xiaoping bequeathed, precisely to avoid personal drifts. According to Katsuji Nakazawa, this rumor is circulating in the Tiananmen Square gossips. In the worst case scenario, lest the example spread, a citizen revolt could put an end to Putin and open a path to democracy. Beyond these conjectures, today the essential thing is to recognize that Putin represents a threat to humanity, of which China is a part. @evabor3

What role do women play in the ICT sector?