‘Fantastic Beasts: Dumbledore’s Secrets’: The Legend of the Qilin, the “Sage Announcer”

Fantastic Beasts Dumbledores Secrets The Legend of the Qilin the

‘Fantastic Beasts: Dumbledore’s Secrets’: The Legend of the Qilin, the “Sage Announcer”
is the headline of the news that the author of WTM News has collected this article. Stay tuned to WTM News to stay up to date with the latest news on this topic. We ask you to follow us on social networks.

‘Fantastic Beasts: Dumbledore’s Secrets’ has brought the Wizarding World back to the big screen. Since last April 8 we can meet again with Newt Scamander (Eddie Redmayne), who will once again embark on a dangerous mission, sent by Albus Dumbledore (Jude Law) to prevent Gellert Grindelwald (Mads Mikkelsen) from accumulating more power. In the third installment of these films that take place several years before the birth of Harry Potter, magical creatures continue to be very important. Not only do we return to enjoy the antics of Pickett and the greedy digger Teddy, but the bestiary is expanded with dancing manticores or the wyvern, a bird capable of inflating like a balloon and spreading enormous wings to cross the skies.

But the star of the movie is the qilin. As we see at the beginning, Grindelwald is very interested in getting one of these fawns because they are very important creatures for the magical world. The film tells us that, in the past, the magical community chose its leader by performing a ritual with the qilin, which will only bow to one who is pure in heart and destined to be a just and wise leader because he is able to see the soul of a person. As with much of the elements of both ‘Harry Potter’ and ‘Fantastic Beasts’, JK Rowling drew on a real world legend to create this beast so important to the plot of ‘Dumbledore’s Secrets’.

The qilin comes from Chinese mythology. It first appears in representations dating from the 5th century BC It is described as a creature with dragon features, especially the head with horns, but with a body similar to that of a horse or an ox, often covered with scales.. Since the Ming Dynasty (15th century) it has also been related to giraffes, and as a result of Western influence the word qilin has been translated as unicorn due to its similarities with the mythological beast with one horn (the qilin usually has two). In Chinese tradition, it is one of the four divine creatures along with the dragon, the tortoise and the phoenix, which also appears in ‘Dumbledore’s Secrets’ and is of great importance to the family of the future headmaster of Hogwarts. 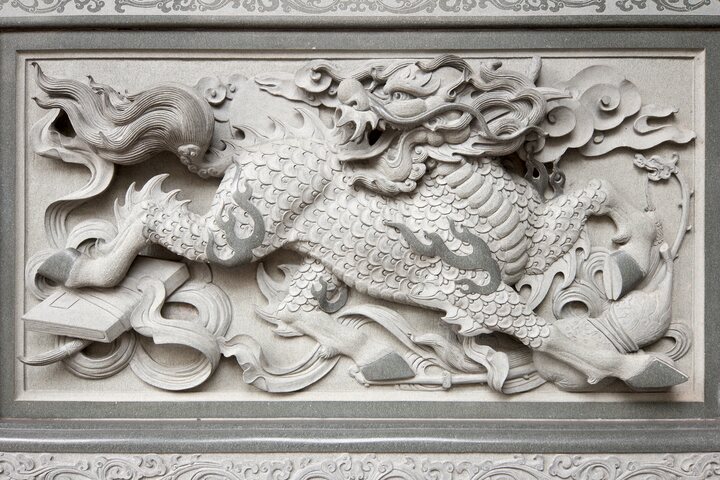 This mythological animal is related to prosperity and serenity, and is a symbol of good luck and fertility. It enjoys a very long life expectancy, thousands of years. It is said that the qilin appeared with the arrival of a new sage or emperor, serving to highlight that person worthy to rule.. Some legends indicate that the birth of Confucius was announced by one of these creatures. In traditions such as Taoist or Buddhist, although it is usually a calm beast, the qilin is capable of protecting pure people from evil, since they have the ability to breathe fire. The qilin is also mentioned in other cultures, such as Japanese, Korean or Thai. As we can see, although the production department of ‘Fantastic Animals’ has opted for a more adorable representation of the qilin, many traits of Chinese tradition have been transferred to the screen, such as the scales on its body or its ability to distinguish between people good or bad and appoint governors or wise men.

Curiously, the qilin also appeared on the big screen last year in ‘Shang-Chi and the legend of the ten rings’ as one of the creatures found in Ta-Lo that Ben Kingsley describes as “a very rare horse”. 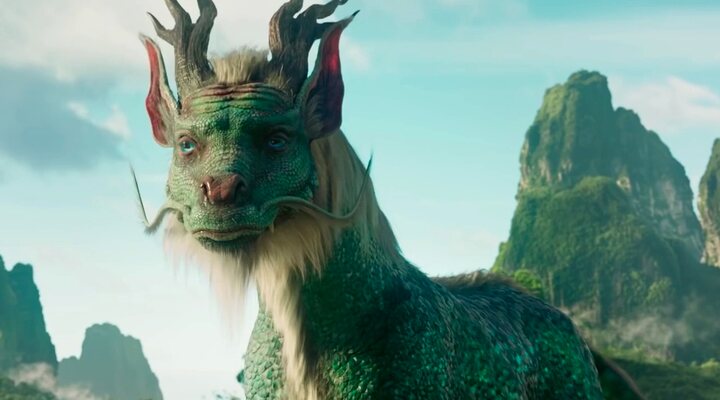 Since last April 2 we can find in the HBO Max catalog the documentary ‘Fantastic Animals: A Natural History’in which Stephen Fry explores the connections between the lore and mythology of our world and how they have inspired the creatures that populate the Wizarding World.

‘Elvis’: Austin Butler ascends to the Olympus of rock in the final trailer of the Baz Luhrmann biopic