An LGTBQ NGO rejects Disneys donation until they demonstrate their

The Walt Disney Company is not having the best of weeks. The company led by Bob Chapek has been involved in a huge controversy due to the so-called ‘Don’t Say Gay’ law that was recently approved by the Florida Senate and that would prohibit the state’s colleges and institutes from dealing with topics such as sexual orientation and gender identity in class. Disney, which has a lot of power in Florida with the presence of Disney World, has remained silent regarding this law with a clearly homophobic character, which has sparked criticism in public opinion and among the company’s own employees. Not only have they not condemned the law, but they have allegedly financed politicians who have clearly positioned themselves in favor of it.. Bob Chapek broke the silence a few days ago with really vague justifications in which he said that he didn’t want “Let no one confuse the lack of a statement with the lack of support”justified the financing of homophobic politicians with a “We have contributed with Republican and Democratic legislators on both sides of the legislation”claimed that Disney “has a long history of supporting the LGTBQ+ community” and promised to continue promoting it with the content they create. 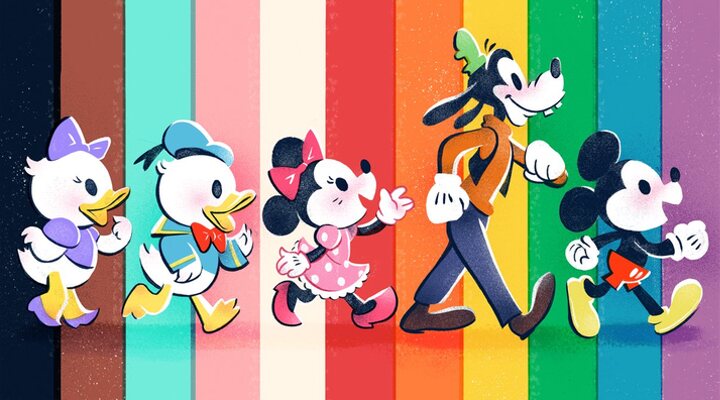 Obviously, this response was met with raised eyebrows. Chapek couldn’t escape the subject at Wednesday’s investor meeting, explaining that he had spoken with Governor DeSantis, who is charged with ratifying the law, and ensures that “The Governor is committed to ensuring that this law cannot be weaponized in any way by individuals or groups in the state to excessively harm or single out gay, lesbian, non-binary or transgender children and families.” and that he has agreed to meet with him and with LGTBQ+ members of the company to discuss the controversial law. He also boasted of having donated “nearly $300 million to charity” and that inclusion in The Walt Disney Company will remain “a priority”. He also announced that they were going to donate $5 million to the Human Rights Campaign, one of the main LGBTQ+ organizations in the United States..

The NGO has responded refusing Disney’s donation and they say they won’t take your money “until we see them publicly show their commitment and work with LGBTQ+ advocates to ensure that dangerous propositions like the ‘Don’t Say Gay or Trans’ proposition don’t become dangerous laws. Businesses have made and continue to make a huge impact on the fight for LGTBQ+ rights. While Disney took the unfortunate stance of choosing to remain silent in the face of political attacks on Florida’s LGTBQ+ families – including families of workers employed at Disney – today they are taking a step in the right direction. But it was only a first step. HRC encourages Disney and its employers to continue fighting for their employees – many of whom spoke up bravely to say that their CEO’s silence was unacceptable – and for the LGBTQ+ community by working with us and state and local LGBTQ+ groups to ensure that anti-equality propositions that harm LGBTQ+ families and children have no place in Florida. Every student deserves to be seen, and every student deserves an education that prepares them for health and success – no matter who they are. This should be the beginning of Disney’s efforts to defend us and not the end.”. In other words, first they show that they are on the side of the LGTBQ+ collective with real actions, such as stopping financing homophobic politicians or organizations.

Disney has reacted to the rejection of their donation with a statement in which they assure that they signed the HRC statement opposing the law and offered the donation for “financially support their efforts” to fight her. They claim to be “shocked and disappointed” for the rejection of the donation but they say “remain committed to meaningful action to combat legislation that singles out the LGTBQ+ community”. However, the storm is not going to clear soon because consequences of the company’s lack of reaction continue to arrive. Pixar employees, who have to be warm with the premieres directly on Disney + of ‘Soul’, ‘Luca’ and ‘Red’, have issued a statement condemning the lack of response against the law in which, in addition, they point out that Disney He has censored scenes of “LGBTQ+ affection” in his films.

Launch trailer for Assassin’s Creed Valhalla: Dawn of Ragnarök, the most ambitious expansion

A young woman creates a T-shirt to detect heart disease

A young woman creates a T-shirt to detect heart disease