Airbus improves its supplies with quantum computing
is the headline of the news that the author of WTM News has collected this article. Stay tuned to WTM News to stay up to date with the latest news on this topic. We ask you to follow us on social networks. 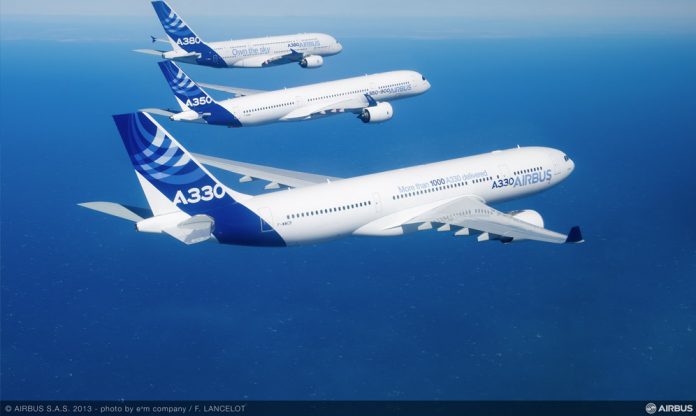 Quantum computing company IonQ announced a collaboration agreement with aircraft manufacturer Airbus to explore the application of quantum computing to aerospace and passenger services. As part of the year-long Quantum Aircraft Loading Optimization & Quantum Machine Learning joint project, the companies plan to develop a prototype quantum application for optimizing aircraft loading, as well as explore the possibility of using quantum computing for the needs of Airbus and its customers.

With the current supply chain crisis, aerospace companies are investing in the latest technology to help identify areas for more efficient air travel, including through better logistics. Airbus’ partnership with IonQ will help develop smarter algorithms that harness the power of quantum computers, which could potentially save money through optimal load distribution on flights.

“We want to explore the possibilities of IonQ to harness the potential of quantum computing to achieve these goals.” The announcement of the partnership with Airbus follows IonQ’s recent announcement of its first international operations in the EU and EMEA region.

In the long term, Airbus plans to use quantum computing to improve other areas of air travel.

IonQ previously partnered with Hyundai Motors to develop more advanced electric vehicle batteries and build an object recognition system in its future vehicles. And recently, IonQ announced the availability of its IonQ system on the Microsoft Azure Quantum cloud platform.

In 1994, mathematician Peter Shor proposed a quantum computing algorithm that drastically reduces the time it takes to find the prime factors of large numbers: it would take billions of years for a conventional transistor-based computer, but a few days for a quantum computer. .

This was a breakthrough, because integer factorization is the foundation of modern encryption and information security. Seven years later, IBM scientists demonstrated the algorithm for the first time on a quantum machine, albeit a very small one, proving the feasibility of Shor’s algorithm.

Quantum computers solve many problems orders of magnitude faster and consume less power than classical binary computers. To understand why this is so, imagine a two-dimensional maze. The classical computer will have to try one path after another until it finds a way out.

If there are 256 possible paths in a maze, a classical computer would have to traverse the maze about 128 times (on average, it will try half the paths before finding a way out). And a quantum computer can follow all 256 paths at the same time.

In other words, a classical 8-bit computer can represent only one number from 0 to 255 at a time, while an 8-qubit quantum computer can represent all numbers from 0 to 255. How is this possible? The answer lies in the fundamental laws of quantum mechanics: while a bit (a binary digit in a conventional computer) can take the value 0 or 1, a qubit (short for “quantum bit”) can take not just one of them. , you can take both at the same time.

Quantum computing will help optimize investment strategies, improve encryption, bring new products to market, and much more. Research in the field of quantum computing is carried out by the best mathematicians and other scientists, competition between private companies is very high, huge amounts of money are invested in them.

According to CB Insights, from 2015 to 2020, venture investments in this area increased by 500%. Founded in 2016, quantum computing startup PsiQuantum has already raised more than $665 million, including investments from BlackRock and Microsoft.

R&D heavyweights Honeywell, IBM and Intel are also in the running, gearing up for the next quantum breakthrough. Consulting firms are actively staffing new client requests; Accenture employs 15 teams and more than 100 quantum experts from around the world.

In May 2021, Google planned to spend several billion dollars to build a full quantum computer by 2029, and on its new quantum machine. The AI ​​Santa Barbara computing center will house hundreds of employees, a quantum data center, research labs and the production of quantum chips and processors.